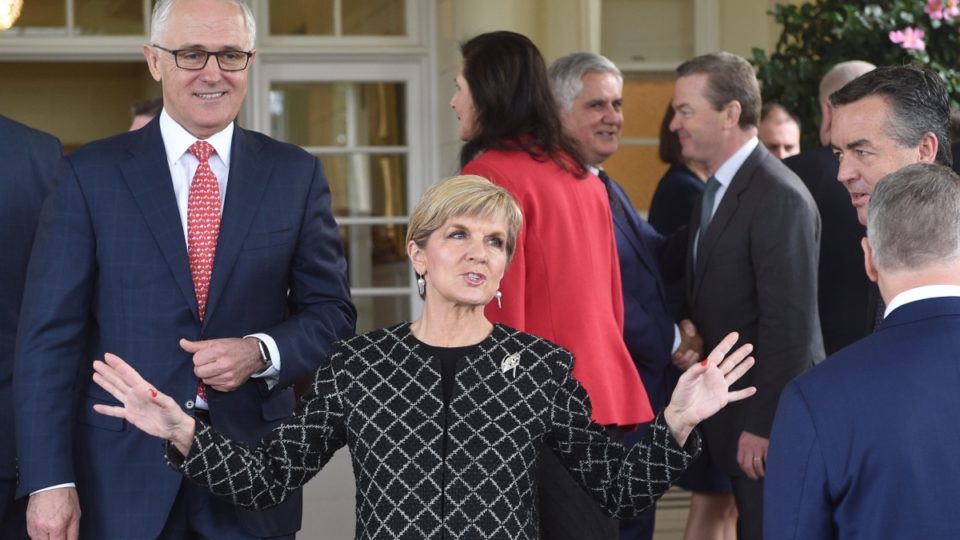 Cathy O’Toole won the north Queensland seat by just 37 votes in the recount on Sunday after the first count put her only eight votes ahead of sitting Liberal National Party MP Ewen Jones.

The Coalition now has 76 of the 150 seats in the House of Representatives, with Labor and the crossbenchers controlling a combined 74 seats.

Once the government appoints a Speaker, it will have 75 votes, meaning it can still govern in its own right, but with the slightest majority.

The result means Mr Turnbull is vulnerable not only to Labor, the Greens, and the independents and minor parties in Parliament, but to lobbying factions within his own party room.

North Queensland LNP member George Christensen has already threatened to cross the floor if the government does not alter its proposed superannuation legislation.

“Shortly after lunch we completed that work with the ALP ahead by 37 votes, so that’s the final margin,” he said.

The result is expected to be formally declared early this week.

“The distribution of preferences has finished in the recount of Herbert and I have fallen short by 37 votes,” Mr Jones said in a statement.

“I believe the AEC will officially declare the seat this week. I have been in touch with Cathy to congratulate her on her win.”

The LNP has already flagged the possibility of challenging the Herbert result in the Court of Disputed Returns.

The party said it was “examining a number of issues reported to the party to determine if all Herbert electors were given the opportunity to vote”.

“As soon as it is possible, the LNP will decide its next course of action.”

It is claimed some soldiers from Lavarack Barracks missed out on voting while they were on Exercise Hamel in South Australia during the election campaign.

Also, a number of Townsville hospital patients are believed not to have been given the opportunity to vote.

“If we get a declaration of the seat of Herbert on Monday or Tuesday, which is a likely outcome at this stage, the writ would then be returned on the following Monday, which I think is August 8,” Special Minister of State Scott Ryan told Sky News.

“Then that starts the period of 40 days whereby a candidate or someone may challenge the result of an election in the Court of Disputed Returns.

“It’s marginally less than 40 days on this occasion due to some administrative arrangements but let’s just say it’s about 40 days from next weekend.”

Opposition Leader Bill Shorten said he hoped the Coalition let the result stand and did not engage in some sort of “dummy spit”.

“I think people in Townsville will be legitimately frustrated if through red-tape bungling there has to be a re-election,” Mr Shorten told Sky News.

“Australians have had an eight-week election period and it would have to be pretty strong grounds to justify taking people back to the polls again.”
Opposition Leader Bill Shorten

Some 122 of the 150 House of Representative seats have been formally declared so far, with counting continuing in the Senate.

The Senate seats of the Northern Territory, the ACT and Tasmania have been declared, while South Australia and Western Australia are expected to be declared on Monday, Victoria and Queensland on Tuesday, and NSW on Wednesday.