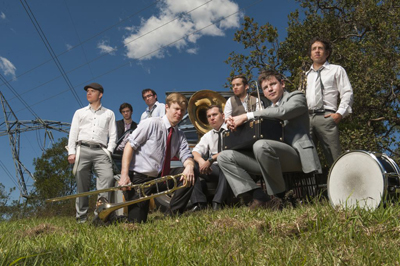 Young musicians from five local schools will share the stage with professional instrumentalists during a gala concert hosted by Pine Rivers State High School on 22 August.

Pine Rivers State High School instrumental music teacher Sam Denning said the concert, a showcase of musical talent from the secondary school’s string and percussion ensembles, stage and concert bands, “promises to be nothing short of an extravaganza”.

Mr Denning said the concert would feature “lots of kids and a good celebration of music and their hard work.”

“The night will give our students the opportunity to show off their talents and hard work throughout the year,” he said.

Formed in 2011, the Brisbane band has performed its energetic live show at the Noosa Jazz Festival, Full Moon Dance and Bleach Festival and released its debut album Noisy Crowd this year.

“All involved students will even get to play alongside this exciting band.”