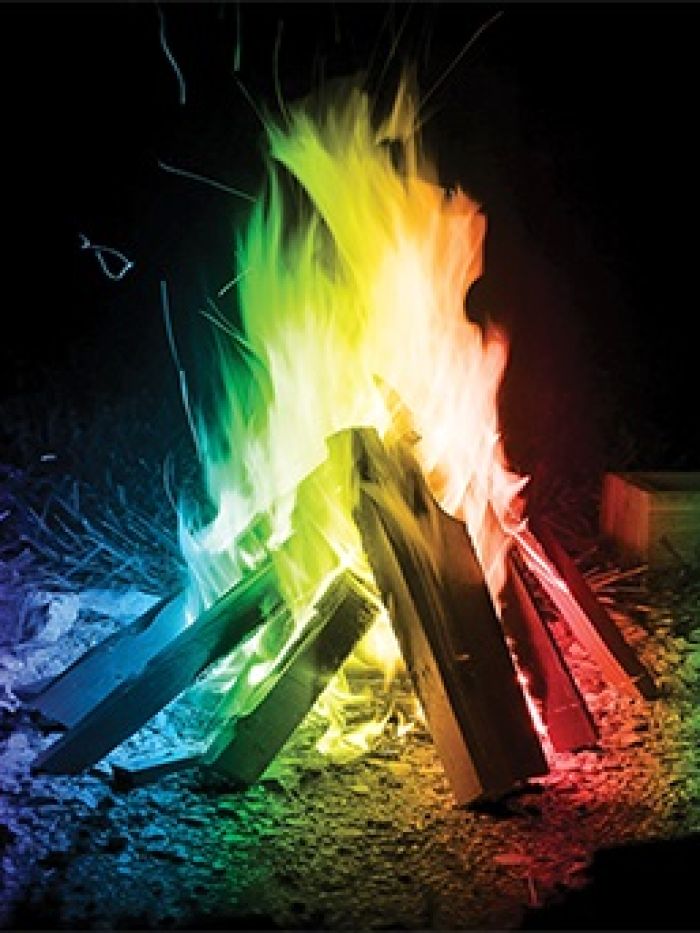 An investigation is underway into how a chemical substance was mistaken for popping candy and ended up poisoning 25 children at a primary school north of Brisbane.

Paramedics were called to Deception Bay North State School about 2:20pm on Monday after Year 4 students, aged about nine and 10, complained of sore throats and nausea after eating an unknown substance.

Four of the children were taken to hospital, but all are expected to make a full recovery.

Police believe a student brought to school a packet of Mystical Fire, a copper-based product that can be used to colour the flames of wood-burning fires.

Principal Pamela O'Loughlin said three of the four children who went to hospital remained away from school today, still complaining of a sore throat.

Ms O'Loughlin and her leadership team are going from class to class to warn the children of the dangers of putting unknown substances in their mouths.

"The children said to us that they thought it was popping candy," Ms O'Loughlin told 612 ABC Brisbane.

"It was just a small packet and the children must have had a tiny bit each.

"We don't know who brought it. We have been given several names.

"We are going to investigate today and I'm sure we will get to the bottom of it.

"But when we get to the person who brought it, do they actually understand what they brought along?"

One student ate half the packet

She said it was very lucky the reaction was not more severe.

"Honestly, it is the worst thing a mother could ever go through," she said.

"I was at work and I couldn't get there fast enough.

One mother said her nine-year-old son turned down what he was told was a lolly from a classmate.

"He said he didn't want it and walked away," she said. "I cried. I feel sorry for the kids. I was crying. I can feel what they feel."

The school principal will take appropriate disciplinary action if necessary.