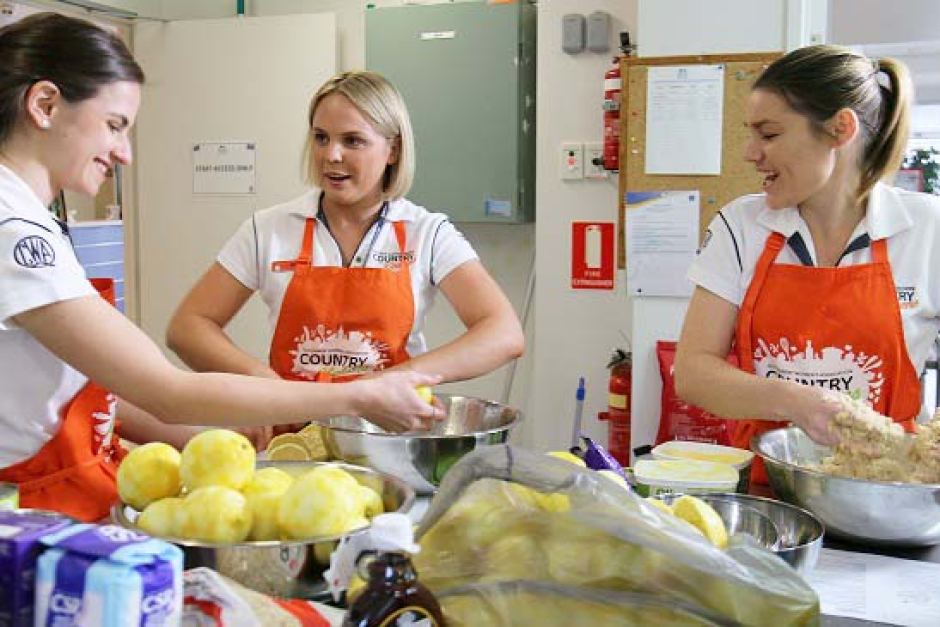 The Queensland Country Women's Association (QWCA) is overhauling its tried and true recipes to "smuggle in" more fruit and vegetables to help the state's overweight rural communities.

The organisation has released its healthy catering guidelines to encourage members to make healthy changes at home and when catering.

A brownie mixed with cannellini beans is one of the re-imagined classics, so too is the pink lemonade slice — chock-full of raspberries and lemon zest, of course.

Some of the other re-worked recipes include pumpkin scones and salt-reduced minestrone.

The new treats were tested at the Ekka today and will be included in what is believed to be the CWA's first health-focused cook book, to be released by Christmas.

The brownies will be taught as part of their six-week nutrition and cooking workshops being held in rural and regional areas until 2018.

"They still taste delicious, they are moist and a nice little surprise package," she said.

"We are really excited that if we can work this program through in Queensland, it can be brought in in other states and to other women's institutes around the world.

"We are not the experts in cooking, they are, we just help them modify the recipes which is something we do through the healthy catering guidelines."

One in three Queenslanders overweight or obese

Two thirds of Queensland's adults and a quarter of children are overweight or obese.

But when it comes to rural areas, obesity rates are 45 per cent higher.

"The CWA is re-igniting an interest and love in preparing food," Ms Pulsford said.

"I think they have become very clever at smuggling in fruit and vegetables into traditional recipes. They are smuggling it in everywhere."