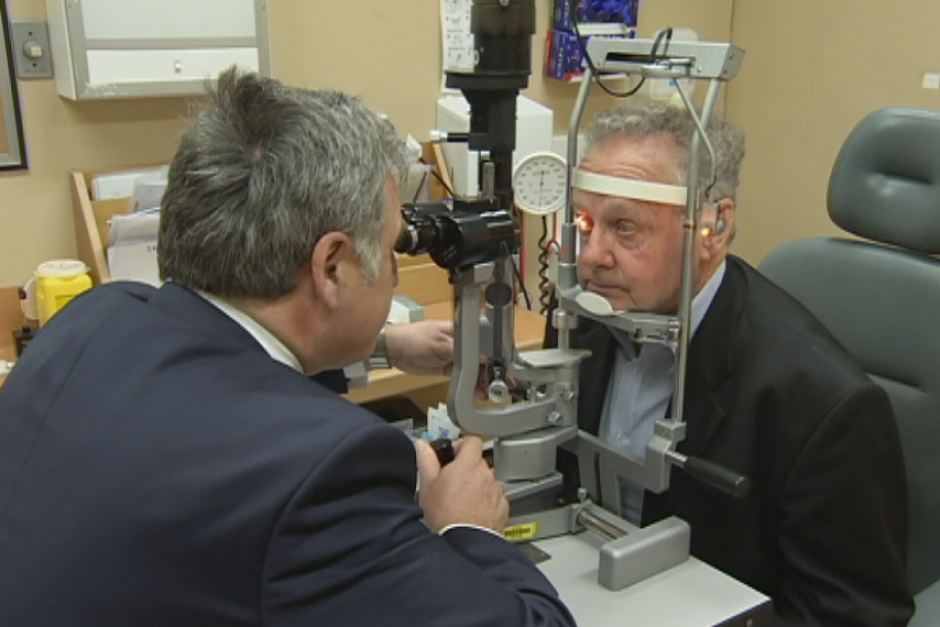 The cells were grown on a layer of synthetic film and transplanted into the eyes of animals, restoring vision.

The technique, developed by researchers at Melbourne University and the Centre for Eye Research, could replace transplants of donated cornea.

The cornea is a transparent layer at the front of the eye. A layer of cells on its inner surface keeps it moist by "pumping" water out of it.

Trauma, disease and aging can reduce the number of these cells leading to deterioration and blindness.

Research scientist Berkay Ozcelik said it was an important breakthrough.

"We believe that our new treatment is better than a donated cornea and we eventually hope to use the patient's own cells, reducing the risk of rejection," he said.

About a third of transplants fail because of rejection.

Victor Fortemann has had two failed cornea transplants and now needs another.

"I think that would be tremendous because the need for steroids to keep the graft in place would fall away," he said.

Breakthrough could be used for other health issues

Mr Ozcelik said the synthetic film looks a bit like cling wrap, and can be implanted on the inner surface of a patient's cornea through a very small incision.

The hydrogel film is thinner than a human hair and allows the flow of water between the cornea and the interior of the eye.

It then breaks down and disappears within two months.

"These materials show minimal inflammation, cause no adverse issues at all and can cause regeneration of tissue, hence allowing us to use this for various applications," Mr Ozcelik said.

"The film could be used for other tissue engineering such as skin."

"This way of using patients own cells, amplifying them outside the body and replacing them is a very exciting new area," he said.

The Centre for Eye research is now looking for venture capital to set up the human trials.

If successful the film could be used to generate cornea cells for patients in China and Japan where donated tissue is not favoured.