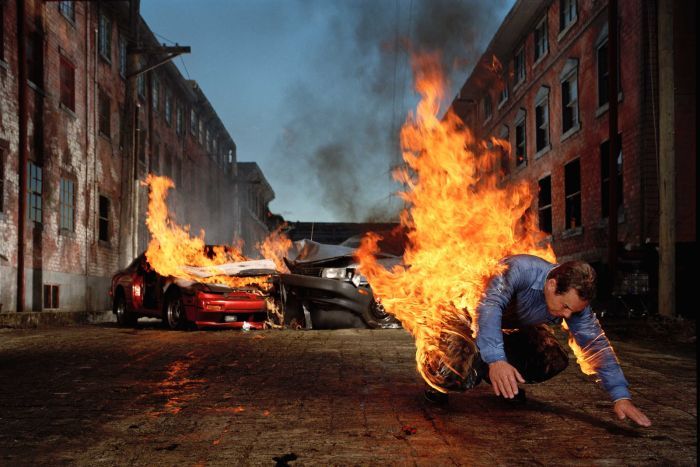 Census 2016: Site back online, but only for those using Australian servers

The census website is back up and running, but only for people using Australian-based servers as the Government attempts to ward off repeated cyber attacks.

ABS switched off the site on census night due to hackers

In the eight hours after the system went back online 341,626 people sent in their forms

A series of denial of service (DOS) attacks on the site on census night prompted the Bureau of Statistics to switch off the system around 7:30pm on August 9 for fear of hackers.

After going live yesterday afternoon, the website had been accepting forms from across the country, though at a much reduced rate from census night.

In the eight hours after the system went back online yesterday, 341,626 people sent in their digital forms.

That is about 11 per second — well below the claimed capacity of 260 per second.

Nearly all the mistakes made by the ABS on census night were due to poor communication skills, writes Matt Bevan.

It may be that people are worried, but it may also be that after all the downtime they simply did not know that the site was again open for business.

A geoblock, or system used to limit internet access based on a user's location, on the census website is also causing issues for some users, IT consultant Justin Warren said.

"[The site] pretty much all lives in one place behind a wall," he said.

"What they have seemed to have done is they have put some holes in the wall to allow you to come in if you're from Australia, and you're not from Australia you can't come in."

Metadata retention dodgers among those affected

Mr Warren said the geoblock "had some unintended consequences unfortunately".

He said one of the issues people seem to be having was with Virtual Private Networks (VPNs).

The other issue has been with the Domain Name System (DNS) — the part of the internet that translates the www. domain name to an IP address, so the computer can connect to the web server.

But because the ABS has geoblocked international traffic, they also appear to have blocked DNS servers hosted overseas.

"The traffic that goes over there can't find the DNS for the census site, as far as your computer is concerned the census site doesn't exist," Mr Warren said.

Mr Warren said some people had changed to overseas DNS to avoid metadata retention logging, and would likely be affected by the ABS's decision.

"It definitely looks like a blunt instrument, there doesn't seem to be a great deal of precision going on," he said.

As for fixing that problem, other technology experts AM spoke to said the fix would be cheap, simple and easy.

But the ABS said it had introduced protective security measures that would affect some users.

It said that it was encouraging people who were having problems to seek help on its website, or if possible, try another device.