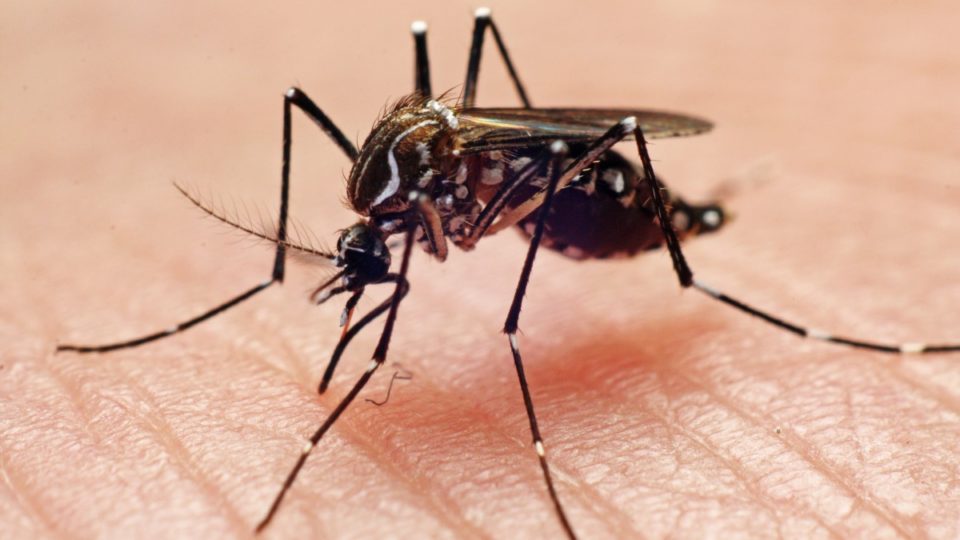 What starts as a mosquito bite quickly erupts into a flesh-eating bacterium that gnaws at the skin of its victim, and can result in extreme scarring and even amputation.

The scenario is both disturbing and familiar to those acquainted with exotic diseases, but this particular threat is not a problem for Africa or Southeast Asia. Instead, it’s wreaking havoc in the suburbs of eastern Australia.

Taking its name from an innocuous rural Victorian town, the Bairnsdale Ulcer is finding victims as far afield as suburban Melbourne and far north Queensland, with New South Wales tipped to be in danger of outbreaks.

While its exact cause is not known, scientists believe the bacterium is spread by either mosquitoes or through possums after they have been bitten by the insect.

The ulcers are curable if caught early and can be treated with antibiotics, but they can cause painful and unsightly complications in extreme cases.

If left untreated, the ulcers can cause extreme pain as the bacteria eats through skin, capillaries and even bone – while suppressing the immune system – leading to gangrene.

Also known as the Buruli ulcer, the disease was first recorded in the east Gippsland town in the 1930s, but has since been reported on Victoria’s Bellarine and Mornington Peninsulas in recent decades.

After reports of Bairnsdale ulcer cases earlier this month in the south-eastern Melbourne suburbs of Bentleigh, Hampton and Cheltenham, Austin Health infectious diseases physician and researcher Professor Paul Johnson the number of cases was “increasing rapidly” and should not be ignored.

“It’s moved, for reasons we don’t understand, and it’s setting up shop in Melbourne,” Prof Johnson said. “Every year it seems to be establishing new pockets all the way round the Mornington Peninsula.”

He said more research needed to be done into the spread of the disease, to stop it seeping into other states.

Prof Johnson said he expected cases to next emerge in NSW and “couldn’t understand why it was not there already, considering parts of the state had the same climate as the affected suburbs in Melbourne”.

“There’s been some cases near the Victorian border and it could creep up from there,”

The bug is aggressive and ulcers can be transmitted to a person as soon as they step into one of the hot spots.

Prof Johnson said he believed mosquitoes were carrying the bug and transmitting it to people through their bites, but admitted “we still don’t know a lot about where it’s coming from”.

“One current theory is maybe it’s spreading in possums and somehow humans get infections indirectly,” he said. “Maybe they are getting it from possums via mosquitoes. But maybe possums are just victims of it, like humans.”

Prof Johnson said the Bairnsdale ulcer was very unpredictable and quickly changed its path, much like migrating birds.

Victoria Health was moved to issue a statewide warning about the dangers of the bacterium earlier this month.

The chief health officer of Victoria, Professor Charles Guest, said in the warning that there has been a steady increase in notifications of Bairnsdale ulcers, with over 100 cases reported in Victoria last year and 46 cases so far this year.

“Everyone is susceptible to infection,” Prof Guest said. “Although the source of the infection is unknown, this environmental organism appears to be associated swampy or stagnant water, and/or coastal vegetation.”

He said it’s possible that infection can occur weeks to months after direct exposure of broken skin to the environment or through the bite of a mosquito or other insect, which was in turn in contact with an animal host.

“Individuals who visit endemic areas are considered at greatest risk,” Prof Guest said, adding that while “people aged 60 years and over have a higher rate of notification … in Victoria. The infection affects people of all ages”.

While Buruli ulcers have been reported in Nigeria, Mali and other west African nations, Australia is thought to be the only developed country with significant outbreaks.

As well as Victoria, there have been a number of reported cases in the Daintree area of Far North Queensland, as well as coastal sites near Darwin.

Cuts and abrasions should also be cleaned promptly and exposed skin contaminated by suspect soil or water should be washed following outdoor activities.