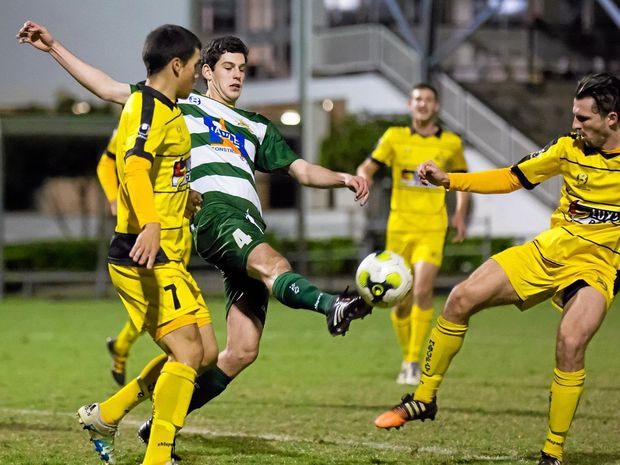 "Nice to keep a clean sheet, first one of the year,'' Pride coach Grahah Harvey said after his team's fourth win of the NPL season.

"I was happy with the whole team effort. We've got a young group so to go through a run we've had and get through the other side is nice to see.''

Pride's previous home win was a 4-2 upset over Brisbane City on April 2.

In the latest women's NPL match, a last minute penalty save from Hideka Shikata salvaged Peninsula Power a 0-0 draw with Western Pride at the Briggs Road venue.

After both sides failed to put away their opportunities, Nikkola Dawes earned the chance to snatch the win after being upended in the Power penalty area.

However, her spot kick was denied by Shikata to see Power retain just their third clean sheet of the season.

The result was the second time Pride and Power have drawn this season. Pride hold on to eighth with Power in 10th.

"The second half we had chances but we couldn't get them in the back of the net,'' Pride midfielder Mellisah Von Bischoffhausen said.

"The penalty miss was unlucky from Dawesy but (Shikata) is a good keeper."

"So close but yet so far,'' Drinkeld said.

It took a fine goal from Mitchelton in the 87th minute to split the teams and deny the Knights a place in the final.

With two BPL matches to go, the Knights focus turns to the club's under-16 and Reserve grade teams, which are still in the finals hunt.