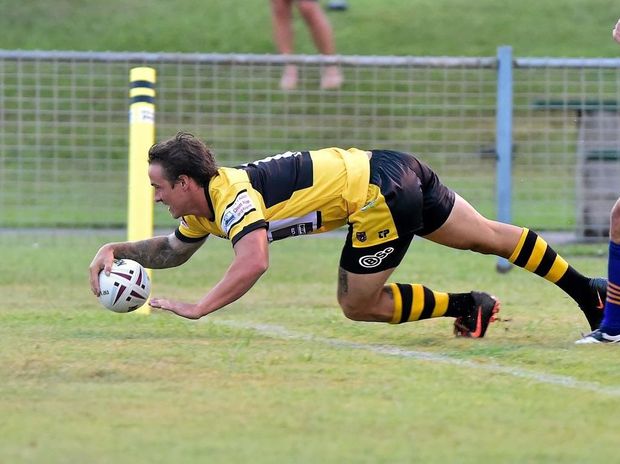 RUGBY LEAGUE: Caloundra have wrapped up the 2016 Caloundra RSL Division 1 minor premiership with a commanding win over Nambour Crushers on Saturday night.

The Sharks are now on track to win their second premiership in the space of three years and will face Kawana in the major semi-final next weekend.

The equation was simple on Saturday night: win and the Sharks took regular season honours and earnt the right to host the grand final qualifier.

"The home game is important to anyone,” coach Glen Irwin told the Daily last week.

"I think (all teams) are worth a couple more tries at home.”

But Kawana will head into this weekend's game red-hot, after it also thrashed the third-placed Caboolture on Saturday night.

The Sharks will only remember all too well how dangerous the Dolphins can be, going down to them by 12 points on July 30

"I'd much rather be playing at home than Kawana or Caboolture,” Irwin said.

As Sunshine Coast fans have become accustomed to, it was the Ainsworth surname in black-and-gold jerseys which troubled the scorers the most in the 46-14 demolition job.

Lance would cross for two with Tony bagging one and kicking five goals. The Klein brothers also grabbed one each.

However, they are not expected to feature for Caloundra in the finals series, having played their quota of Intrust Super Cup matches for the Falcons this year.

It brought an end to the Crushers' season, which had been plagued by injury and player unavailability.

The Swans will now travel down the Bruce Hwy to take on the Snakes at Bob Day Oval. The winner will play the loser of the Caloundra and Kawana match, while the loser will end their 2016 campaign.