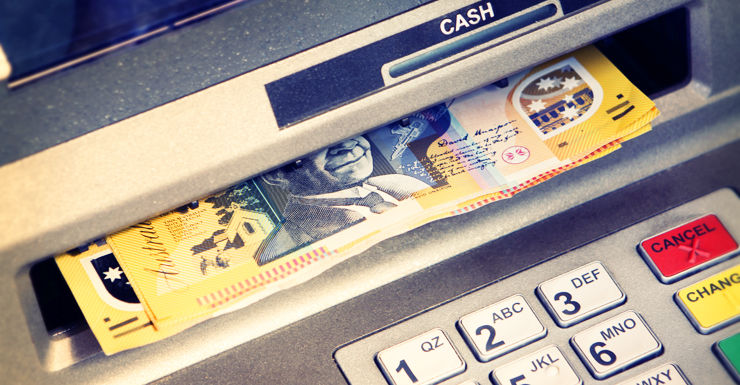 The new unfairness of ATM fees

Australians who need and want cash are paying a premium compared to new tech.

Australians are increasingly divided into two camps: those subjected to harsh ATM fees, and those who’ve moved on to low-fee technologies.

New data suggests many Aussies are increasingly being lured away from teller machines by the rise of online transfers, PIN-less debit and credit card payments, and contactless payments via smartphones. Lucky for them.

This does not lessen the pain for those who still need to withdraw wads of cash from teller machines on a regular basis – people who are now arguably the victims of fee unfairness.

One such Australian is Justin Berger, a Melburnian who not only feels “ripped off”, but is determined to do something about it.

He launched a petition on Change.org that decries “outrageous” fees and calls for reform. As of Thursday, his petition had received more than 16,000 supporters – a response much better than he expected.

Mr Berger is one Australian who can’t get by with digital payments and transfers alone. He needs to visit an ATM each week or fortnight. He tries his best to withdraw from machines owned by his bank to avoid fees, but it’s not always possible.

“I try to use my own, but it’s normally not around so I have to use other ones,” he told The New Daily.

The banks would argue their hands are tied. In a statement released in February, Australian Bankers’ Association CEO Steven Münchenberg said that the fees (usually about $2) charged by banks “don’t cover the cost of running the ATMs”. He was responding to claims by the Greens party that banks are fee gouging because each transition only cost the banks 77 cents.

This is little consolation for Mr Berger and other angry Australians who rely on cash.

“The banks are ripping us off making billions of dollars on our own money! This madness must be stopped!” one supporter of the petition, Liz Fahey, wrote.

“A simple automatic electronic procedure should be just standard service – we all pay our bank fees!” another wrote.

“It seems that ATMs are not for the greater good of the people and more for the greater greed of the banks. Maybe we should withdraw our savings weekly and deposit them under the floorboards. would only be one transaction,” a third wrote.

And on it goes. It’s easy to see the sentiment fuelling the calls from Labor and Senators-elect Pauline Hanson and Nick Xenophon for a bank royal commission.

Android is the latest phone operating system to roll out a payment option. Photo: Getty

As noted above, many Australians are flocking to new technologies like Pay&Go, which don’t charge “outrageous” fees.

Google launched Android Pay in Australia on Thursday, making it the second major smartphone operating system after Apple iOS to allow Aussies to pay with their phones. So there are plenty of options for the fee-conscious.

Comparison website finder.com.au reported earlier in the week that the number of ATM withdrawals between April 2015 and April 2016 fell to 658.8 million – a level not seen since 2003.

“Why spend 10 minutes hunting around for your bank’s ATM when you can just flash your debit card for those everyday purchases?” finder.com.au spokeswoman Bessie Hassan said in a statement, summarising the obvious trend.

But it should be noted that ATM withdrawals are not obsolete. They have merely dropped to levels comparable to 2002 and 2003. Clearly, there are still many Australians who need or want cash.

This raises the important question of what impact falling demand will have on fees.

Will ATM users lose out?

The theoretical danger is that, as fewer and fewer Australians withdraw cash, the banks will be forced to spend more money to maintain machines that are used less, thus driving up fees.

Thankfully, one finance expert, University of Wollongong finance lecturer Paul Mazzola, does not think that will be the case.

“The decline in ATM withdrawals is in line with the reduced use of cash by the public to make payments for goods and services. Cash is a fast declining mechanism for payment in most developed countries,” Mr Mazzola told The New Daily.

“I don’t expect ATM fees to increase drastically or even increase at all. The banks will simply reduce the number of ATMS to reduce their infrastructure costs to compensate for the consequential decline in aggregate fees from ATMs. There are also hidden costs for banks to the use of cash. There is the overnight settlement system, transportation and handling costs and other administrative functions that are required.”