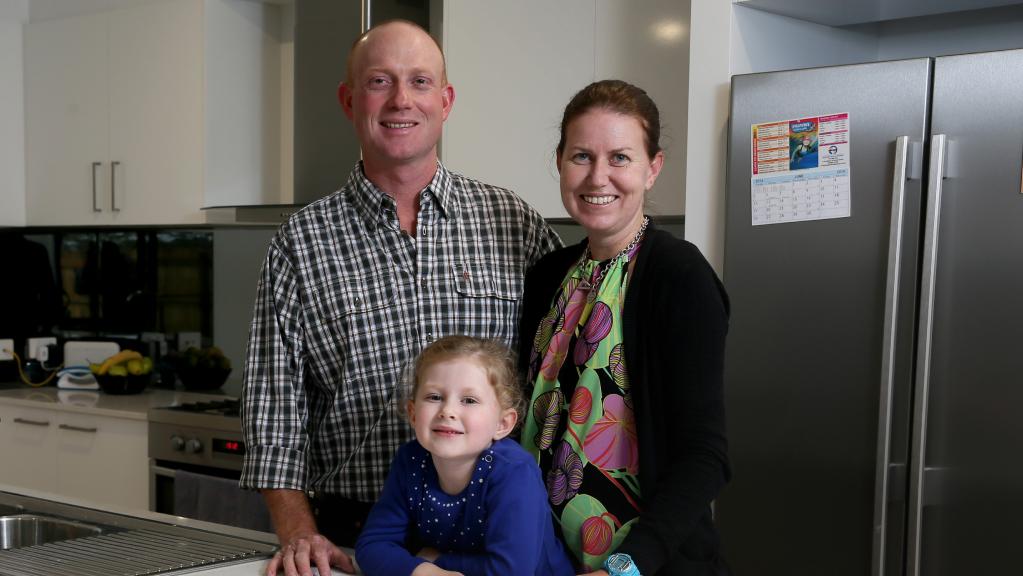 Stage nine of North Harbour will be opened to the public today, July 30 with 35 more allotments to become available to the public.

The real estate project, located on the banks of the Caboolture River, is the largest of its magnitude between Brisbane and the Sunshine Coast.

Stages 1-8 have been well received, with 91 homes already completed including 35 homes in the display village. A further 56 homes have been completed in the sale of land in stages 1-6, with most of these homes now occupied. A further 100 homes are expected to be built by the end of the year.

The Stoner family, Danny, Jane and Clova, recently moved from Scarborough to North Harbour and have been thrilled ever since.

Project director Peter Lightbody said they were pleased by the early response to the project.

“It’s the biggest investor acreage on the north side of Brisbane,” he said.

“We have had a very good response from people who have bought in the early stages and also early residents that have moved in.”

Stage nine will open on Saturday beside the existing Village Park.