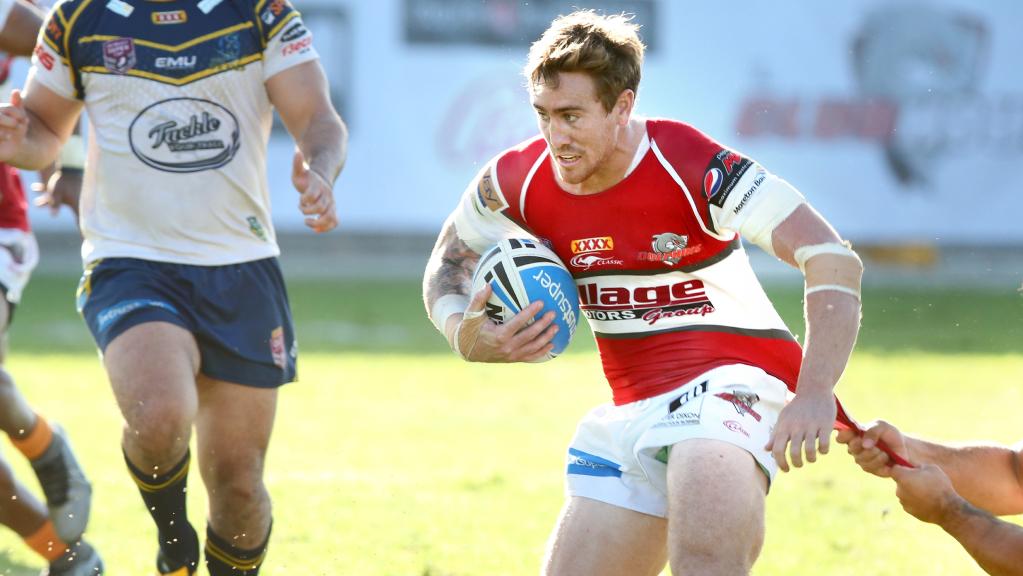 A minor premiership will still be on the table if the Redcliffe Dolphins can record a win in our Intrust Super Cup Round 19 Game of the Week.

The second-placed Dolphins welcome the PNG Hunters, who sit third on the ladder, to Dolphin Oval on Sunday, as they look to stay in touch with the Burleigh Bears.

Redcliffe returned to their dominant best against the Sunshine Coast Falcons with a 28-8 away victory but the Hunters will be well rested coming off a bye in Round 18.

Both teams are level on 26 competition points with the Dolphins only ahead on for and against but a win will mean even more for both teams as the fourth-placed Townsville Blackhawks also hosting the Bears.

With a Townsville win, the loser between Redcliffe will drop out of the all important top three with only six games remaining in the season.

The match kicks-off at 1.40pm and will also be televised on Channel 9.

WHAT seemed an impossible dream less than two months ago is now a very real possibility as Ipswich continues its stunning charge towards the finals.

The Jets were languishing in second-last place after round 11, but victory over the Cutters could send them into the top six.

The defending premiers’ resurgence continued with a 30-10 win over finals rival Northern Pride in Cairns last Saturday, giving them a fourth-straight win.

They will have a golden opportunity to make it six victories in seven matches against a Mackay side that has won just twice this season.

Ipswich is one of four teams on 18 competition points, but two of them — Wynnum Manly and Northern Pride — will square off on Saturday, while Souths Logan is no certainty to beat Norths.

If results go their way, the Jets could be sixth by the end of the weekend.

THE loser of this one can kiss its finals hopes goodbye, with Sunshine Coast two points outside the top six and Norths a further point back.

It doesn’t sound like much with seven rounds still to play, but a mid-table logjam means falling any further off the pace would be catastrophic.

Norths’ campaign has been punctuated by inconsistency, with last Sunday’s 36-32 defeat at the hands of ladder-leading Burleigh indicative of the Devils’ season.

They trailed 36-4 heading into the final 15 minutes, before giving the Bears an almighty fight with five unanswered tries.

Slow starts have been a major problem throughout the season, but they cannot afford another one against a Sunshine Coast outfit fighting for survival after a last-start 28-8 loss at home to Redcliffe.

Falcons coach Craig Ingebrigtsen said both teams would be desperate.

“Both teams need a win. Jai Arrow is a big danger as well as Todd Murphy and Sean Yorsten in the Halves,” he said.

WYNNUM Manly Seagulls captain Patrick Templeman says Saturday’s game against the Northern Pride is one of his team’s biggest games of the season.

The Seagulls will host the Pride at BMD Kougari Oval with both teams tied on 18 competition points, along with Ipswich and Souths Logan, where a loss could spell trouble for the finals hopes of either team.

Wynnum Manly are coming off an impressive 36-26 win over the Souths Logan Magpies last round and Templeman said they would be ready for another tough challenge.

“They’re tied with us on the ladder, so it’s a huge game which means a lot as far as the standings, we spoke about that last week against Souths as well,” he said.

“They’re a pretty good team and we did a job on them up in Cairns last time we played them, so they’ll be up for it.

“Hopefully we can get a big crowd and the Chook Pen right behind us.”

Seagulls coach Jon Buchanan said defence was the key for his side.

“We’ve always been able to put points on the board but earlier in the season we were giving away too many,” he said.

Salesi Funaki will return for Wynnum Manly after spending a week on the sidelines through suspension.

MELBOURNE Storm contracted rising star Brodie Croft will return to boost an Easts Tigers team struggling with a long injury list this weekend in a crucial match against the Souths Logan Magpies.

The Tigers are missing more than five key players through injury and were even forced to call Isaac Kauffman out of retirement in last week’s draw against the CQ Capras at Langlands Park.

With a chance to move up the ladder and even into the top three, Croft will partner Brent Warr in the halves for Easts against a Souths side trying to break into the competition’s top six.

“They’ve been one of the form teams of the competition lately, they have had a bit of a hiccup on Sunday against Wynnum but they’re confident of making the top six,” he said.

“They’ll have some Brisbane Broncos players back but we should have four or five Storm guys back as well. It’s important because we want to keep moving up the ladder.”

The Magpies are tied on 18 competition points with Wynnum Manly, Northern Pride and Ipswich and a loss could all but end their hopes of breaking into the top six.