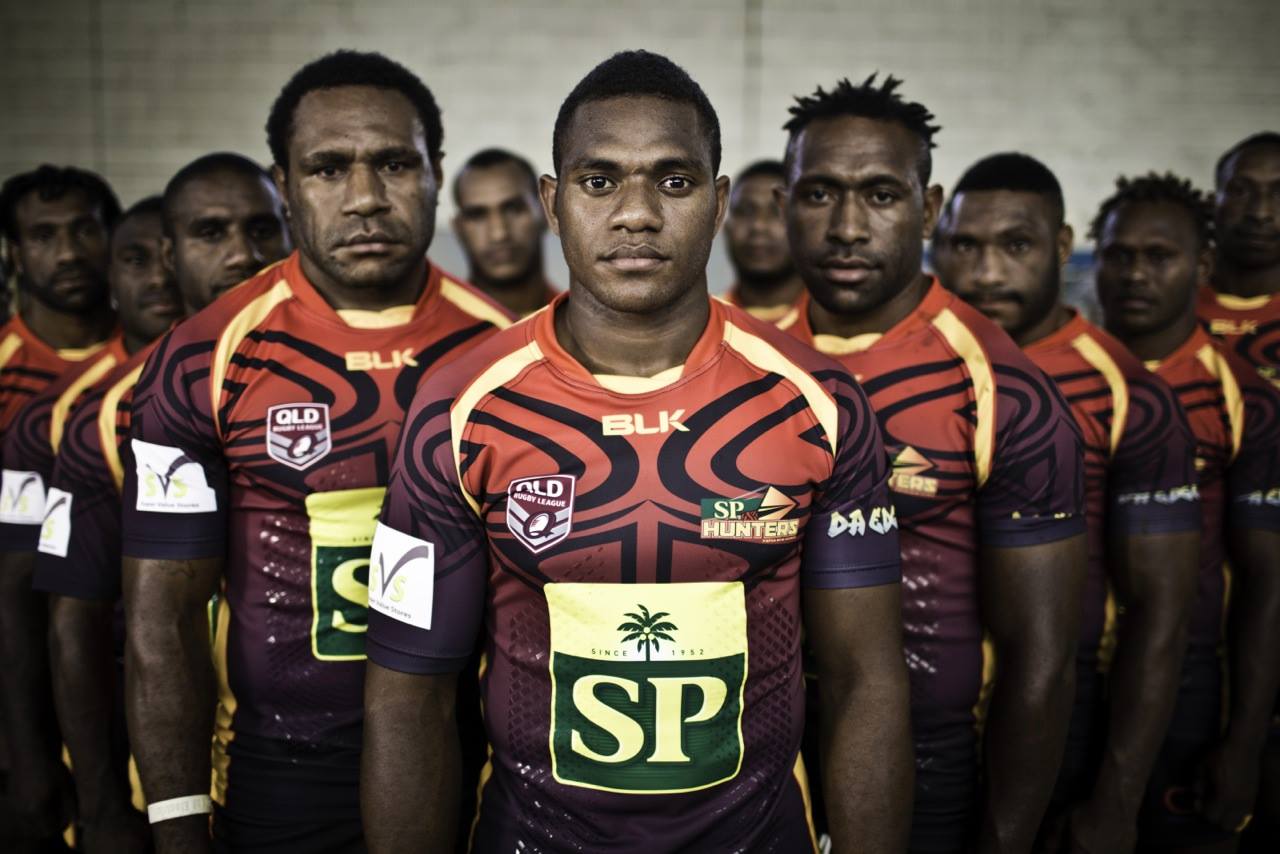 The SP PNG Hunters went down to Redcliffe Dolphins 24 - 20  in round 19 of the Intrust Super Cup competition  at  the Dolphin Oval this afternoon.

The home side scored two late tries in the dying minutes to snatch the win from the Hunters.

The Dolphins scored two tries in the first half while the Hunters scored a try  through Edward Goma to trail 12 - 6 at the break.

In the second half,  the Hunters mount pressure on the Dolphins defence line.  New recruit, Butler Morris crossed over the the Hunters and the score was locked at 12 all.

Ten minutes later, the Hunters were in front for the first time in the game after an error from the Dolphins saw Justin Olam scoop up the ball and run 70 metres to score under the posts.

This further lifted the Hunters’ spirits as they continued to dominate possession and frustrate the home side.

The Hunters extended their lead to more than a converted try in the 66th minute from the boot of Boas, who made it 4 from 4 through a successful penalty conversion.

But the Dolphins rallied and fought their way back into the match with tries to Daniel Bridge in the 74th minute and Christian Hazard in the 78th minute to leave the Hunters gutted.

This is the first-ever win for the Dolphins over the Hunters in the Intrust Super Cup.

The Hunters will return home and take on East Tigers at the National Footaball Studium in Port Moresby.