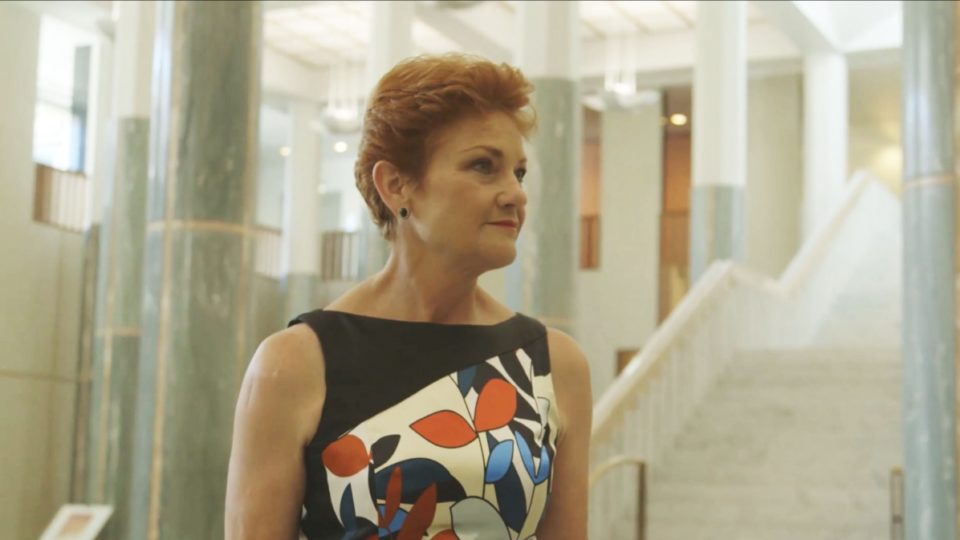 Please explain: why Pauline Hanson is ‘a myth’

Pauline Hanson: Please Explain (SBS, July 28, 8.35pm) is a tale of manipulation, naivety, a deep love for an Australia that never really existed.

It’s also a tale of the bastardry of both major political parties in playing the man (Pauline Hanson) and not the game (disenfranchised voters).

I reckon it’s one of the best television programmes you are likely to see all year.

More than two years ago, skilled director Anna Broinowski set out to examine Hanson’s political legacy for a film examining the 20 years since the fish and chip shop owner surfaced.

As we all know, Hanson is back in parliament after this year’s election and Broinowski now has a potent, relevant story to tell.

In 1996, when Hanson won the unwinnable – the seat of Oxley, held by Labor for 37 years – initially standing as a Liberal and, after being disendorsed, as an Independent – she was written off.

Margo Kingston, a legend of the Canberra Press Bureau, dismissed Hanson at that point, saying: “Queenslanders do funny things at times.”

But Hanson’s maiden speech was incendiary and everyone started to take note.

Kingston tells the camera: “I knew this [speech] had the potential to blow a gasket on Australian politics.”

David Oldfield – then working for junior MP Tony Abbott – saw Hanson’s potential with that speech and set about wooing her to further his own aspirations.

Oldfield contends: “She was never the messiah. She’s a myth created by other people.”

While working for the Liberals (the party whose MPs boycotted Hanson’s maiden speech) Oldfield also helped Hanson – even using the flag from Abbott’s office for one of Hanson’s most iconic photographs.

He shafted her first spin doctor, John Pasquarelli, took his job and resigned from the Liberal Party to help build a One Nation empire and Pauline Hanson, the commodity.

After vicious hate mail, demonstrations and, at one stage, a bounty on her head (she claims), Hanson wanted out of the media spotlight.

Oldfield says he told her, “if Coke stopped doing ads, Pepsi would become number one”.

Her support slid so he masterminded the bizarre “message from the grave” video where Hanson said “if you’re seeing me now, it means I have been murdered”.

Hanson says she was promised it would never be shown unless she died. Oldfield disputes that, saying “I’m not sure that was the case”.

Watch the video message below:

If she’d copped ridicule before, it was now open season and it seemed that every side of politics joined in and the media loved it.

Abbott isn’t in the film but in 2001 he raised funds for an ill-fated civil court case, which later led to Hanson being briefly jailed on criminal charges of electoral fraud – apparently as payback for Oldfield’s earlier behaviour.

“It was a political witchhunt to destroy me,” says Hanson.

Margot Kingston agrees and says she and other journalists were outraged at her treatment.

Pasquarelli says: “I wish Abbott had taken Oldfield out the back and gone bang bang, not take it out on a poorly educated woman.”

Ultimately, it didn’t work – Hanson is back in Parliament and the voters she represents are having their views heard.

Asian immigration is now replaced by Muslim immigration as one of her targets, but this time it’s an argument that’s being more widely discussed in the community.

By the end of the film – which is cleverly told, with the key interviewees revisiting the scenes of important moments – I was left with the impression that Hanson is a nice woman, sincere in her beliefs, naïve to the extreme and manipulated by many.

Politicians generally would do well to watch this film and work out how they will handle her and, more importantly, her voters this time round.