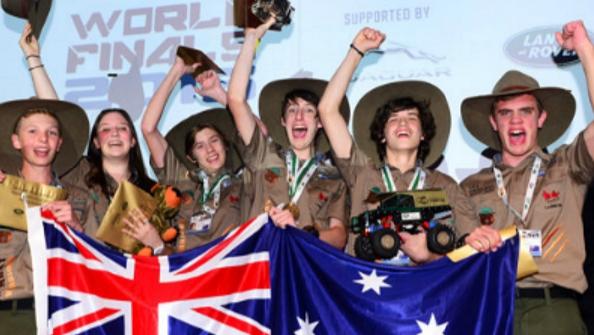 The Pine Rivers Wombat Warriors have conquered the world.

It capped an extraordinary double after three Pine Rivers High students were in the A1 Racing team which took out the 2013 F1 in Schools World Titles in Austin, Texas.

Former Pine Rivers High student Beau Gieskens was in A1Racing and his brother Taj Gieskens is in Wombat Warriors.

The overwhelmed Warriors posted on their Facebook page: “This just happened tonight.... so amazing, so thankful. We ARE World Champions!”

At the same time, they prepared an engineering portfolio and verbal presentation which were judged by engineers and academics.