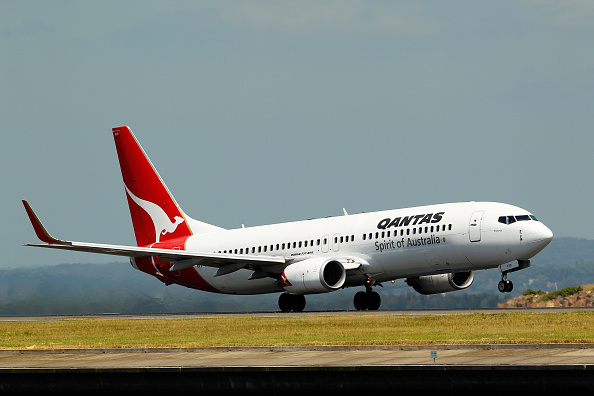 A record number of travellers passed through Brisbane Airport (BNE) in FY16 with total passenger numbers increasing by 2 per cent (or an additional 447,400 people) to more than 22.4 million.

Steady growth in domestic traffic was seen in the second half of the year, with an additional 251,000 passengers taking BNE’s domestic passenger volumes to nearly 17.2 million in FY16 – a 1.5 per cent increase on FY15.

“We are pleased to have achieved the growth we have in FY16, in particular the growth seen in international travellers to Brisbane.

“A number of factors helped us achieve this including year round daily China Southern flights between BNE and Guangzhou, new Qantas Tokyo (Narita) flights, and additional seasonal services operated by a number of carriers.

“Major events like Liverpool FC and Manchester City matches in BNE, the World Science Festival and World Outrigging Championships drew significant crowds to Brisbane from both domestic and international markets.

“The number of domestic destinations on offer also increased from 41 to 44 in FY16, making BNE one of the most connected airports in Australia,” Ms Alroe said.

Looking forward, BAC is expecting travel to and from Canada and China to further boost international passenger numbers in FY17 on the back of new Air Canada flights (launched June 2016), and China Eastern Airlines’ year round daily BNE-Shanghai flights (taking off Dec 2016).

BAC continues to build for the future with more than 100 construction projects currently underway, including Brisbane’s New Parallel Runway which has entered Phase 2 of its construction, with one of three major contracts recently awarded and two more currently in the tender process.

“Ground settlement is progressing as expected with the softest parts of the site having settled up to three metres since sand placement in June 2015, ensuring the project is on track to be operational in 2020,” Ms Alroe said.

Four of the top five growth markets for Brisbane this year came from North Asia with Japan, China, Korea and Taiwan outstanding performers.

The Chinese visitor market experienced double digit growth in  eight out of 12 months during FY16, averaging a 17.2 per cent year-on-year increase across the twelve month period.

BNE was directly connected with 27 international destinations at the start of FY16, and 28 at the end of FY16.

The busiest day at the International Terminal was on 2 January 2016 with 19,348 arrivals and departures.

In FY16, Fly Corporate commenced RPT operations in the Common User Terminal, launching a daily Coffs Harbour service in April 2016 and increasing the number of domestic airlines at BNE from eight to nine.

During the course of the financial year, the number of destinations on offer increased from 41 to 44, with the addition of Dubbo (July 2015) and Albury (June 2016) by Jetgo, and Coffs Harbour (April 2016) by Fly Corporate.

The strongest intrastate passenger growth was on the Cairns and Townsville city pairs, which also ranked highly amongst all domestic routes (ranked within the top five for domestic passenger growth).

The highest load factor seen amongst the top 10 domestic city pairs was achieved on the Cairns-BNE route (average of 82.8 per cent).

The busiest day at the Domestic Terminal was on 5 October 2015 with 62,041 arrivals and departures.