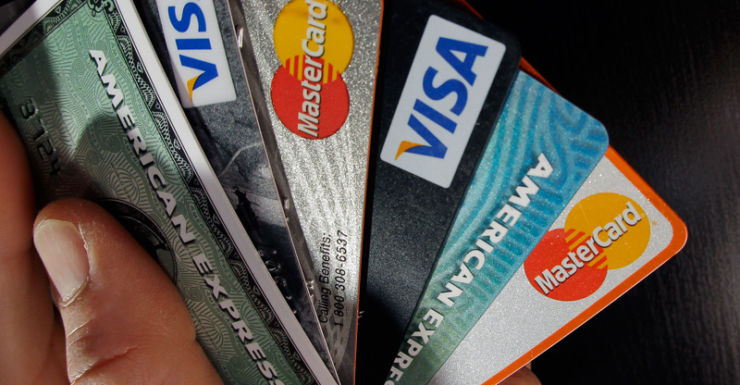 Demand for credit cards has fallen for the first time in more than three years amid a slowing housing market, weak wages growth and subdued retail sales.

Veda's general manager of consumer risk, Angus Luffman, said the trend of lower growth in credit demand was continuing, except for demand for car loans which showed good year-on-year growth.

'Turnover for household goods, which are often big ticket items financed by credit, slowed significantly in recent months,' he said.

Veda also pointed to the Reserve Bank of Australia's data on credit cards that showed consumers were using cards more as a payment tool than as a credit instrument beyond interest-free periods.

Also, the average transaction size for credit cards was now back at 2004 levels.

Credit card repayments continue to exceed the average value of transactions by a widening margin.

Veda also said applications for mortgages fell 3.2 per cent in the June quarter compared to a year earlier - the fourth consecutive quarter showing a slowdown or drop.

'Regulatory-driven changes to investor mortgages implemented in the middle of last year have contributed to the cooling of mortgage demand over the past 12 months,' Mr Luffman said.

Mortgage applications in the June quarter fell in all states except the ACT and Victoria, with the sharpest decline in the Northern Territory, followed by Western Australia.