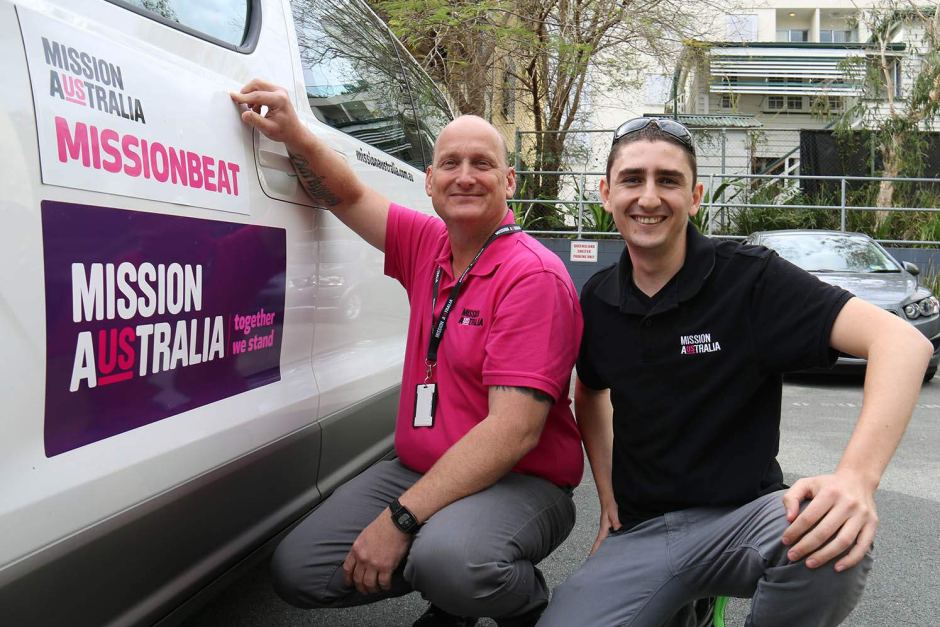 A van dedicated to taking Brisbane's homeless people to and from their appointments will hit the road on a full-time basis starting August.

The Missionbeat service has been swamped by demand since it started as a part-time pilot program at the end of 2015.

One of the pressing questions to tackle Caboolture's growing underclass of homeless  is will this innovation be having a footprint in the Moreton Bay region.

With one of the highest suicide rates in the nation draws attention that unemployment, social issues and homelessness for many is at a critical point that services need to be injected in to the community to address this growing problem.

Missionbeat says they are concentrating on getting Brisbane sorted before moving on to other problem spots.

The van is staffed by two caseworkers and ferries some of the city's most disadvantaged to medical, housing, Centrelink, and legal appointments as well as refuges.

"We're driving around on the streets of Brisbane seven hours a day, which is a lot of fun," he said.

"In total we've probably helped about 250 clients, usually about 20 a day that we're able to help."

Following a successful six-month pilot, the van will now run five days a week from the first week of August, which coincides with Homelessness Week.

The van costs about $150,000 a year to run and has been funded thanks to a donation from the Accor hotel chain.

"We see that even with the short period we've been doing the trial for which is three days a week," caseworker David McKeown said.

"It's just growing, and it seems all the service providers are asking for it, so it's only going to get busier."

'They are so, so beautiful'

One of the people the Missionbeat service helps is Nigal Papanui, 55, who has been sleeping under a Brisbane bridge for more than three years.

Laid off after a workplace injury and ineligible for Centrelink payments, the New Zealander became one of the 7,000 people sleeping rough in Queensland.

Mr Papanui's efforts to get himself off the streets suffered a setback this past year when he suffered a punch to the back of the head and was left with brain injuries.

"I couldn't do nothing after that. And now I'm still not doing nothing now because the injury took all the power to work off me again," he said.

Mr Papanui requires ongoing treatment, including speech therapy, and came to rely on Mission Australia's Missionbeat van to get to and from his medical appointments.

Mr Papanui said the service has been one of the few leg-ups in an otherwise tough life.

Sara Harrup from the 139 Club refuge in Fortitude Valley said the Missionbeat van had made a big difference.

"It's been really great for us because we used to get lot of requests from people to drive them to different places and we're not really set up for that so it's really filled a hole," she said.