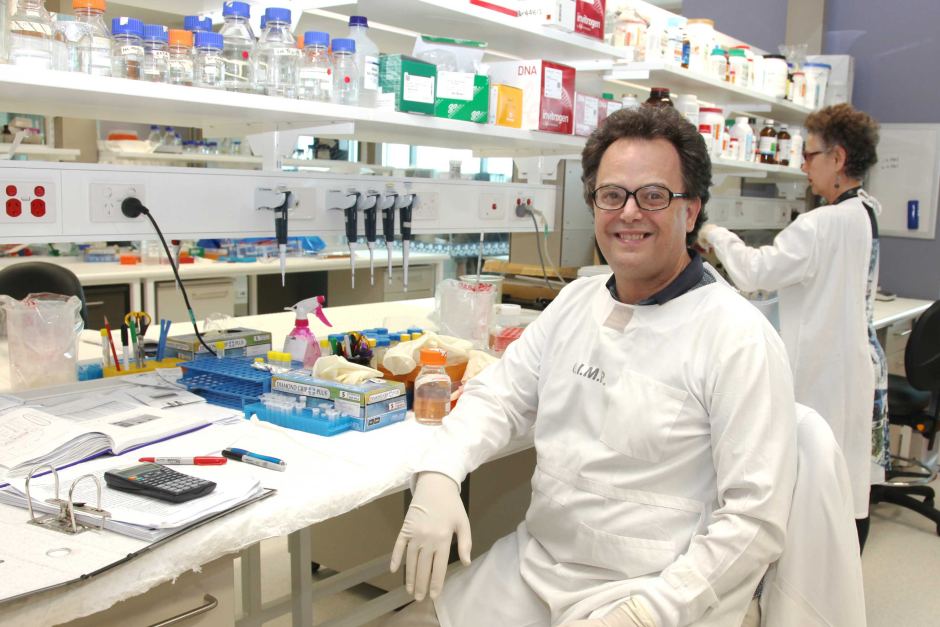 A protein has been developed in Brisbane which switches off HIV infection in cells, potentially paving the way for a cure for the deadly virus.

Associate Professor David Harrich made the antiviral protein, known as the "Nullbasic", by mutating an existing HIV protein.

Once HIV-infected cells were treated with the protein, they stopped making virus particles.

"The protein didn't just inhibit the virus' ability to produce virus particles and spread to other cells, it shut it down completely," he said.

"What this means is that a person's cells would still have HIV in them, but the virus wouldn't have any effect.

"The virus would be essentially switched off and the cells would no longer make the virus."

So far the protein has only been used in laboratory tests, since 2009.

Associate Professor Harrich said the next step was to see if they could cure HIV in mice.

As of yet, it is not known at what point the protein is switched off by the protein.

"This protein gives us a way of looking inside cells to find the mechanism for turning off HIV without doing any harm to the cell," he said.

"In other words, we can get the protein to show us the off switch, then find other ways of flicking the switch.

"Obviously there is a lot more work to be done yet, and there are no guarantees that this protein will form the basis for a cure for HIV."

In the future, Associate Professor Harrich said the protein could potentially form the basis for a functional cure for HIV, which could be administered as a one-off treatment.

The treatment would be different from currently available antiretroviral drugs, which stop the virus from spreading to other cells, but do not stop individual cells from making the virus.

Currently, patients have to keep taking the drugs long-term.