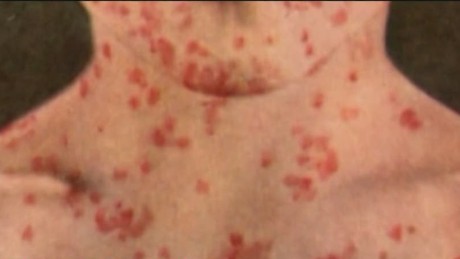 A measles alert has been issued for the greater Brisbane region after an infected woman flew into the city last Saturday and stayed in the area for several days.

Queensland Health said the woman then caught a train to Beenleigh, south of Brisbane, and later visited the Beaudesert Fair Shopping Centre.

Metro South Health (MSH) physician Dr Bhakti Vasant said the woman, who was visiting from Victoria, was infectious while in Brisbane from Saturday to Tuesday.

"Public health staff have already been contacting people known to have been in close contact with the case," she said.

"But given the number of people potentially exposed, further measles cases could present in Brisbane or elsewhere over the next few weeks."

People known to have been in contact with the woman have already been notified.

Dr Vasant said anyone adequately vaccinated was very unlikely to catch measles but urged anyone uncertain about their immunity to contact their GP.

"Measles is one of the most infectious of all communicable diseases and can cause fever, cough, runny nose, then a red spotty rash and sore eyes a few days later," she said.

"This can be a very serious disease, so anyone developing measles-like symptoms within the next three weeks is encouraged to contact their GP for advice.

"It is very important to call the medical practice first to say you could have measles."