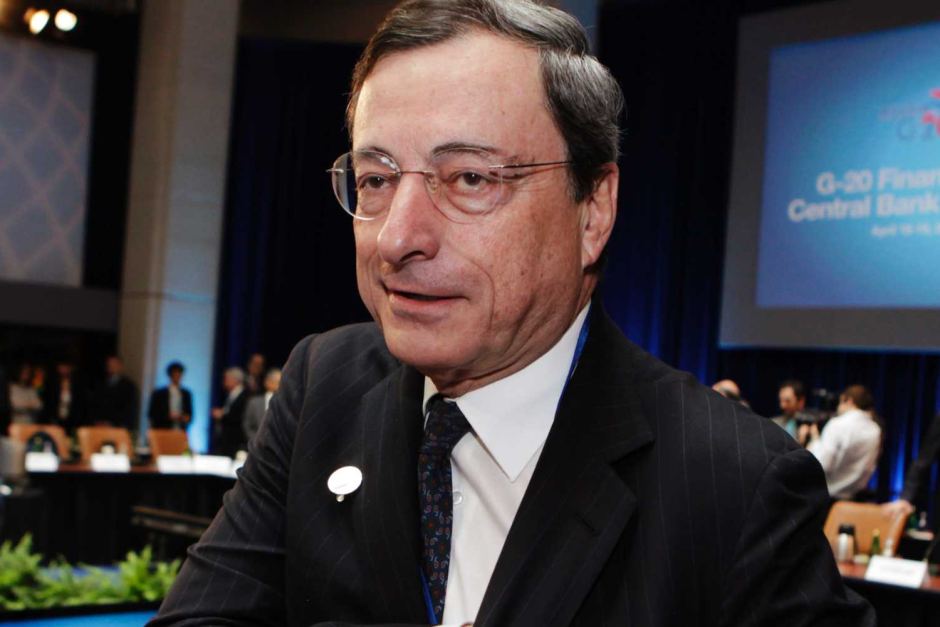 Finance week ahead: ECB meets in wake of Brexit, miners' production on the rise

"Brexit? What Brexit?" seems to be the market group-think at the moment as traders race out and buy "risk", enthused by the idea that global central bankers will just keep the party going with easy money.

Over the week Australian equities rallied around 4 per cent up to their highest point for the year, the US was up 1.5 per cent to another record high and despite all manner of worries, the plucky European markets rose 4 per cent.

That could support markets, at least early in the week, although ASX/SPI200 futures trading points to a dip on opening.

Away from equities, bond markets are painting an entirely different picture with long-dated sovereign bond yields hovering around zero — or below — which means that bond traders see only doom and gloom and years of stagnation and worse.

ECB meeting likely to be focus of markets

In a week devoid of significant data releases — domestically and abroad — the markets' focus is likely to be the European Central Bank (ECB) meeting on Thursday, where responses to Brexit and implosion of the Italian banking sector are on the agenda.

As with the UK last week, interest rates are likely to be on hold pending further developments, while the European Central Bank's rather ineffectual quantitative easing (QE) program will be reviewed.

Given the ECB has already bought up all the German bonds available to it in the market, the most obvious call from President Mario Draghi's playbook will be to change the rules to buy some more.

And while the ECB is at it, the tapering of the QE program will probably be extended, which may give the market short term joy, but in the longer term the reckoning will just get bigger and nastier.

There will also be much hand-wringing about what to do about Italy's teetering banks.

The Italian Government is pushing for a taxpayer funded bail-out and the Germans are demanding investors — many of whom are Italian voters — should foot the massive recapitalisation bill.

A mixture of both strategies is likely but then again a bit of can-kicking and "let's wait and see" is a popular default plan in Europe as well.

Domestically, the Reserve Bank of Australia (RBA) minutes from the July meeting on Tuesday will be pored over for any hint of the "easing bias" missing from recent statements.

It probably does not matter much, because if the inflation figures to be released next week are as weak as expected, the RBA will probably just go ahead and cut and once again leave out any mention of an "easing bias".

Rio Tinto (Tuesday):  It should be a fairly solid quarter with iron ore shipments up around 9 per cent bouncing back from a weather-affected March quarter, which translates into an 8 per cent rise over the year.

Copper production is forecast to increase around 18 per cent over the past three months, while coal volumes — both metallurgical and thermal — should be lower.

BHP Billiton (Wednesday): Analysts are tipping BHP will miss its full year guidance for iron ore of 260 million tonnes, despite a solid effort for the quarter.

The suspension of joint-venture activities in Brazil following the tragic Samarco dam collapse will have an impact.

Copper production may be down too on marginally lower grades and a maintenance shutdown at Olympic Dam, and petroleum production is also expected to be down around 6 per cent over the year.

Woodside (Thursday): With LNG lagging oil prices by around three months, falling sales revenues — driven by oil's collapse at the start of the year — should be a theme for all the big LNG producers.

The flip side of the price lag should see the higher revenues in the third quarter reflecting the recent rebound in the oil market.