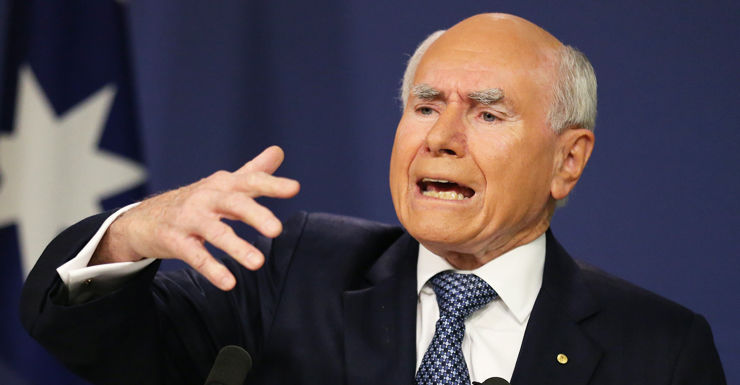 Ironically, Malcolm Turnbull has done better – and worse – than his predecessor.

Bill Shorten’s proudest boast since the election is “Labor’s back”. And he has compelling evidence in terms of the number of seats the Coalition lost and he won.

At face value it puts the ALP in the box seat to take the treasury benches next time.

The Coalition has shed at least 14 seats and many that it holds are now highly marginal. On paper, the next election should be a doddle for Labor in comparison.

But if the last three years prove anything, it is that nothing in politics is as it seems. “Events my dear boy” shape politics more than anything, as former British PM Harold Macmillan once famously said.

The sizes of the Rudd Labor victory in 2007 and the Abbott Liberal victory in 2013 were supposed to set them each up for three terms. Neither prime minister lasted the first term and both their parties were either plunged into minority or near minority status at the subsequent election.

Ironically, Malcolm Turnbull has done better and worse than John Howard did at the end of his first term in 1998. Unlike today, the Liberals lost the popular vote.

But as Industry Minister Christopher Pyne notes, Mr Howard – who lost even more seats than Mr Turnbull – was able to retain a comfortable majority of six. He then went on to increase that majority at the next election and held on in the one after.

One of the events that helped shape the 2001 result was completely out of Mr Howard’s control. That was the 9-11 terror atrocity in New York. The next one was completely manufactured by him: the decision to brand a mercy ship, The Tampa, an illegal invader. Demonising refugees was a small price to pay for power.

The existential question in this term for the Coalition is: does Mr Turnbull have the political skills to match the wily Mr Howard? The jury is definitely still out.

His eight-week double dissolution election ploy always looked ill-considered to political hard heads both in terms of “fixing” the Senate and retaining power.

Mr Shorten saw the length of the campaign as a gift. He certainly grabbed it with both hands and improved his own and Labor’s stocks. The argument the Liberals keep using about the ALP’s second-lowest primary vote ever conveniently ignores their own historically poor showing. The Nationals’ better performance masks this reality.

To hold off the hitherto underestimated Mr Shorten, Mr Turnbull will need to unite his ideologically riven coalition. His outspoken conservative rump is in no mood to cut him any slack. Will he resist them or continue to capitulate?

The Barnaby Joyce-led Nationals are demanding a greater say in the ministry and on government policy. The Nationals have always been suspicious of the contemporary centrist Mr Turnbull still claims he is at heart.

Here it is clear Mr Shorten sees new opportunities. While he is promising co-operation in the national interest, he is also stating quite emphatically that the policies he took to the election will be his first and guiding principles.

He is already flagging he will move for the Parliament to vote on marriage equality rather than to hold a “$160 million opinion poll Liberal conservatives won’t observe anyhow”.

Both leaders will have to work hard to make their own luck lest they fall foul of the old Chinese curse of living in interesting times.