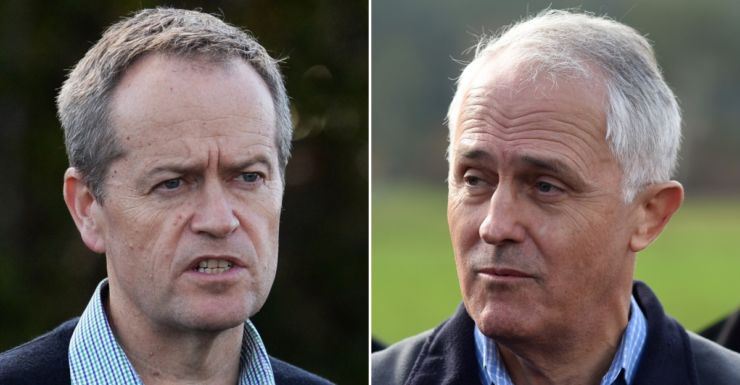 Malcolm Turnbull and Bill Shorten's election campaigns have been branded "pedestrian" and the leaders urged to "drop the spin" by political strategists, despite boasting millions of views on digital platforms.

Party figures point to the huge social media reach of videos featuring Bob Hawke calling for Medicare to be protected and Malcolm Turnbull talking about his upbringing as evidence they are connecting in new ways.

Yet political marketing consultant Toby Ralph, who has worked on dozens of election campaigns in Australia and overseas, criticised the major party's campaigns overall.

"I thought both the Liberal and Labor party campaigns were very pedestrian — I wasn't convinced or persuaded in any way by either of them," Mr Ralph told Lateline.

"I think both leaders looked as if people were putting words in their mouths, they were concentrating on not making mistakes, rather than taking us forward."

Dr Andrew Hughes, a political marketing academic from the Australian National University, agreed the leaders had some work to do to appear more genuine to voters.

"I think both Bill Shorten and Malcolm Turnbull need to work on being a lot more authentic and a lot more connected and engaged with people," said Dr Hughes.

"Social media will only take you so far," he said, adding both leaders needed to "drop the spin".

And Dr Hughes warns the minor parties may be the ultimate beneficiaries of social media being cheaper, quicker and easier to make than traditional advertising.

"We're moving slowly away from traditional media and more into social media, which gives you maybe a clue that in years ahead the minor parties will be on equal footing on campaigning techniques and tactics with the major parties," Dr Hughes said.

Labor's head of digital Erinn Swan said the days of making a generic TV ad, putting it on every channel and hoping the right people see it are coming to an end.

"We can be targeted, we get out in the suburbs and talk to people about issues they care about," said Ms Swan, who is also the daughter of deputy leader Wayne Swan.

"We can find out what is driving them and feed those insights back into the campaign machine," she said.

"We reached out to 2 million individual undecided voters in target seats an average of 45 times each throughout the course of the campaign."

Miss Swan said a social media video featuring Mr Hawke talking about Medicare was so popular the party rolled it out across television as well.

"(The Hawke video) had up to 1 million reach on Facebook and I think almost 2 million reach across the web," Ms Swan told Lateline.

"It was a direct message from Hawke to voters — and you saw the success of that, but that was just one part of a raft of content we made."

"You could tell from the comments underneath (the videos) that people were concerned about the Government's health record and that was genuinely coming from them.

"That was an insight that we were able to take back to the campaign and say 'this is a critical issue'."

"What it did was energise the core," Dr Hughes said.

"I don't think it worked all that effectively in getting the undecided voter to come across towards them but what it did very, very well was solidify the core.

"So (Labor) didn't have to worry about their core leaving them or go across to another political party or even a minor or independents."

YouTube: Malcolm Turnbull says he was 'incredibly close' to his father.

The biggest online drawcard for the Liberal Party was Malcolm Turnbull himself.

Liberal Party advisor Ian Hanke said the most successful video on social media featured the Prime Minister talking about growing up with his single father.

"It was a very, very popular piece of social media — it was viewed by 1.3 million people," Mr Hanke said.

"It served a very useful purpose to counter the lies that were being told about Malcolm Turnbull and also to show what the man is really like."

"Some people sneered at that (but) I thought that was pretty good actually," Mr Ralph said.

"I thought it was just a bloke saying that he loved his Dad and I don't think there's anything wrong with that.

"Yes, he came from a privileged place but I think we all know that, I think it just showed that he was human."

During the campaign, the Liberal Party also experimented with new video formats on mobile phone apps Vine and Snapchat.

"We did some interesting stuff with Snapchat, for example, with having some animated lenses put on it," Mr Hanke said.

"Now that was a first, nobody else had done that before in any political campaign throughout the world."