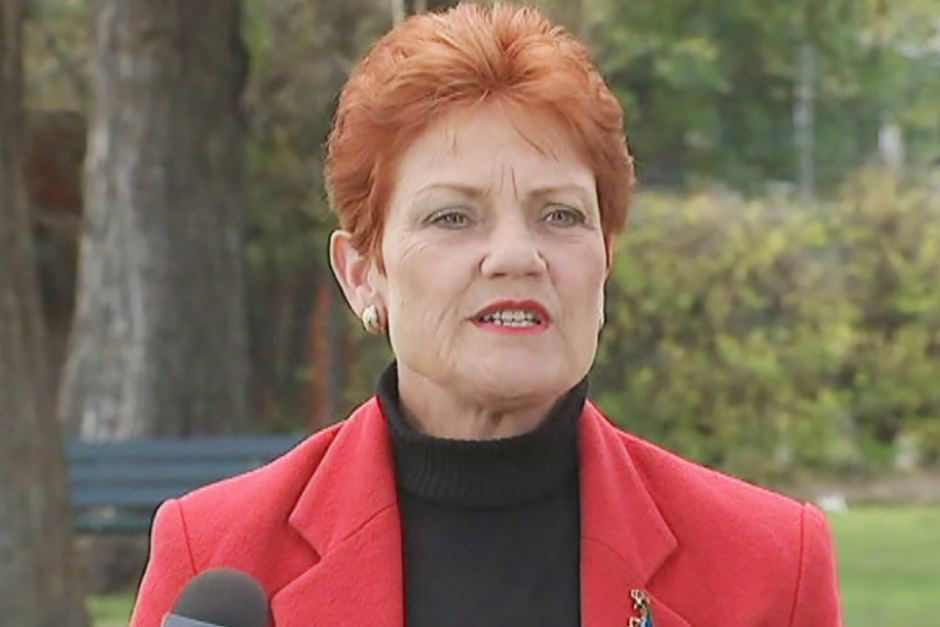 Pauline Hanson's One Nation party looks to be a powerful force in the new Senate, and the Queenslander is no stranger to the political scene.

Look back at the rise of her party and the dramatic events which led to the party's resurgence in this year's election.

She decided to run when Labor mayor David Underwood was thrown out of office by Labor councillors, with Ms Hanson saying: "How can a handful of people throw out a man elected by the people?"

She was voted out the following year and subsequently joined the Liberal Party.

"How can we expect this race to help themselves when governments shower them with money, facilities and opportunities that only these people can obtain no matter how minute the Indigenous [sic] blood is that flows through their veins and that is what is causing racism."

Then prime minister Paul Keating calls the election and Ms Hanson starts campaigning to become the Liberal MP for Oxley.

She has a tough margin to overcome — the sitting Labor member Les Scott was sitting on a margin of 12.58 per cent after his third term in the Lower House.

The Queensland branch president tells her she could keep her election posters if references to the party were covered up.

She leaves the meeting in tears.

Ballot papers had already been printed and voters would see her listed as the Liberal candidate when they went to the polls.

Ms Hanson is elected to Federal Parliament and John Howard leads the Coalition to victory.

Ms Hanson makes her maiden speech in parliament and famously says, "I believe we are in danger of being swamped by Asians".

Birth of One Nation party

Almost one year into her term, Ms Hanson forms the One Nation party with the help of co-founders David Oldfield and David Ettridge.

Mr Oldfield was still working as a political advisor for backbench MP Tony Abbott when he started helping Ms Hanson in 1996.

He left the Liberal Party in 1997 to become Ms Hanson’s senior political advisor before the party officially launched on April 11.

One Nation wins 22.68 per cent of the primary vote at the Queensland state election — more than the Liberal Party — to pick up 11 seats at the election.

It was the biggest win One Nation had in its entire history.

Abbott's war on One Nation

Mr Abbott declares he will fight to have One Nation deregistered as a political party.

He argues it is not a political party but a business.

One Nation's opponents argue it did not have the 500 members needed to claim party status and therefore has to pay back $500,000 to the electoral commission.

Defeated in Queensland seat of Blair

Ms Hanson runs in the Queensland seat of Blair, instead of Oxley, but loses.

She manages to pick up the largest swag of primary votes (35.97 per cent) but loses through preferences to her Liberal opponent.

The Labor, Liberal and National parties preference each other ahead of One Nation.

Her party only picks up one seat, with Len Harris being elected to the Senate.

One Nation watching the 1998 election results come in. (Reuters: Archives)

They think party administration has too much control.

Three more would quit later in the year and form the City Country Alliance.

One Nation loses its party status at the state level and the Queensland Electoral Commission chased them for the $500,000 given after the 1998 election.

Ms Hanson expels him from the party one-and-a-half years later after a disagreement.

He publicly accuses Ms Hanson of being irrational.

"Bear in mind that since, you know, Pauline said a few things in Ipswich in the middle of 1996, everything including her maiden speech and every word of any consequence that she's said since, has actually been written for her," he said.

He split the NSW branch from the rest of One Nation.

Win some, lose some

One Nation supporters wait for Pauline Hanson outside the court. (AAP: Dave Hunt)

She pleads not guilty, saying: "I do believe that this is a political witch-hunt."

Mr Abbott takes the opportunity to knock back any suggestion of a preference deal with One Nation, saying: "My view is that we shouldn't play footsies with One Nation."

Ms Hanson tries to gain a seat in the NSW Upper House as an independent. She fails, getting 1.9 per cent of the votes.

Pauline Hanson leaves Brisbane Supreme Court where she was sentenced to three years in jail.

She pleads not guilty to fraudulently registering One Nation and obtaining more than $500,000 from the AEC.

There were 30 witnesses over 23 days, the jury takes a day to find them both guilty.

Crown lawyers accuse them of falsely claiming more than 500 people were party members, when they were just supporters of Ms Hanson.

They argue members have to have voting rights and that $5 is too little for membership fees.

Ms Hanson is sentenced to three years' jail and yells: "Rubbish, I'm not guilty... it's a joke."

Ms Hanson cries as she hugs her co-accused and two sons.

Three days later, federal Liberal backbencher Bronwyn Bishop says the case is something you would expect to see under Zimbabwe's Robert Mugabe regime.

"It's gone beyond just political argy-bargy of political opponents ... I've been very critical of her and her party, but this is something that is above and beyond that political argument — this is someone who has been sent to jail because she spoke her views and that is not acceptable in this country," she said.

"Very simply, for the first time in Australia, we now have a political prisoner and I find that totally unacceptable ... in a country where freedom of speech and freedom to act as a political individual is sacrosanct."

Mr Abbott admits to setting up a $100,000 fund to help prosecute Ms Hanson.

Ms Hanson successfully appeals the conviction and she is released from prison.

A week-and-a-half later, she threatens to run against Mr Abbott in his Sydney electorate.

Ms Hanson launches Pauline's United Australia Party and fails in her run for the Senate in the 2007 federal election.

Another bid at Senate seat

Ms Hanson announces she will run for a Senate seat for NSW at the upcoming federal election.

She rejoins the One Nation party after flagging interest in rejoining the Liberal Party.

She fails in her bid, getting 1.14 per cent of primary votes.

One Nation candidate for the Brisbane seat of Rankin has a disastrous interview on Channel 7.

Stephanie Banister mistakenly calls the Koran "Haram" and confuses the three Abrehemic religions saying, "Jews aren't under haram, they have their own religion which follows Jesus Christ".

Calls for ban on Muslim immigration

After another failed bid to gain a seat in the Queensland Parliament during the 2015 election, One Nation runs 27 candidates in the 2016 federal election.

During the campaign, she calls for a ban on Muslim immigration to Australia, a royal commission into Islam and a ban on new mosques.

While votes are sill being counted, Ms Hanson looks assured to win a spot in the Senate after securing more than 9 per cent of the vote in Queensland.