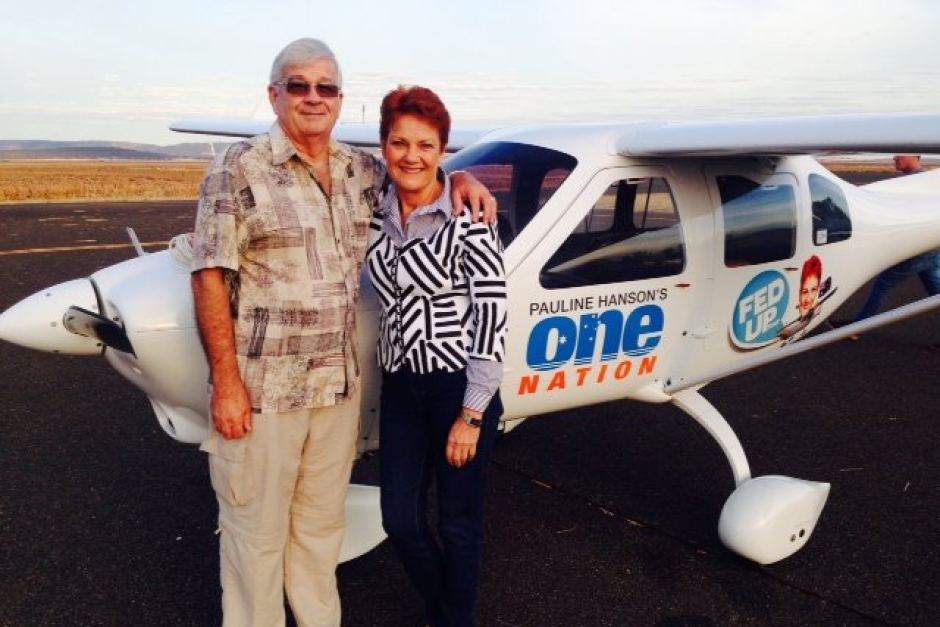 One Nation's lead Senate candidate for NSW has told the ABC he was always confident Pauline Hanson's team would do well in the federal election, with the party a strong chance of taking a spot in the Upper House.

Brian Burston is a former national director of the party and an ex-deputy mayor of Cessnock. His twin brother Graham also ran for One Nation in the seat of Paterson

The party has so far polled 3.99 per cent in the NSW Senate — the fourth highest of all the parties — with 59.52 per cent of votes counted.

"Having achieved more than half a quota in its own right on first preferences, One Nation is well placed to win one of the 12 Senate seats on offer," he says.

We knew we were polling strongly: Burston

The anti-immigration party has taken 9.16 per cent of Senate votes in Queensland so far, which could hand two Senate spots going to the party — including one for leader Pauline Hanson.

NSW turned out the second strongest Senate results for the party.

"We always knew we were polling strongly," Mr Burston told the ABC.

"Not that it came up in opinion polls because we seemed to be ignored.

"But our personal polling showed us going quite strongly."

If the party secures a seat in NSW, it will in part have double dissolution election rules to thank; the quota for election drops to just 7.7 per cent, compared to the usual 14.3 per cent.

"That aids One Nation in the race for the final seat as they begin the count with the highest first preference total of all the minor parties," Green says.

"Under the Senate's new electoral system, there is [also] likely to be a large proportion of ballot papers for minor parties that 'exhaust' their preferences."

Brian Burston was sacked from One Nation along with party co-founder David Oldfield following an internal dispute in October 2000.

Ms Hanson said she was locked out of her office and that party records had been moved. Mr Burston would not tell her where the records were, she said at the time.

"He virtually told me to go and jump," she said.

But One Nation has united to present a more unified front in 2016, benefiting from the gap left by the collapse of the Palmer United Party and a swing against the Liberal Democrats.

Mr Burston says "disenchantment" amongst the electorate has gotten him close to the line.

"I think the political class have forgotten real Australians," he says.

They're sick of political correctness. They are fearful of their borders and immigration."

'Coalition may work with One Nation'

Should his bid prove successful, Mr Burston may find Coalition MPs willing to work with him.

The Nationals' Mark Coulton, has been re-elected in the seat of Parkes, where One Nation received the most Upper House votes behind the two major parties at local polling booths.

"Many of the issues that she campaigned on are ones that we've already taken some way to address," Mr Coulton told the ABC.

"I believe that the Coalition will be able to work with Pauline Hanson and her other senator if it should become that way."