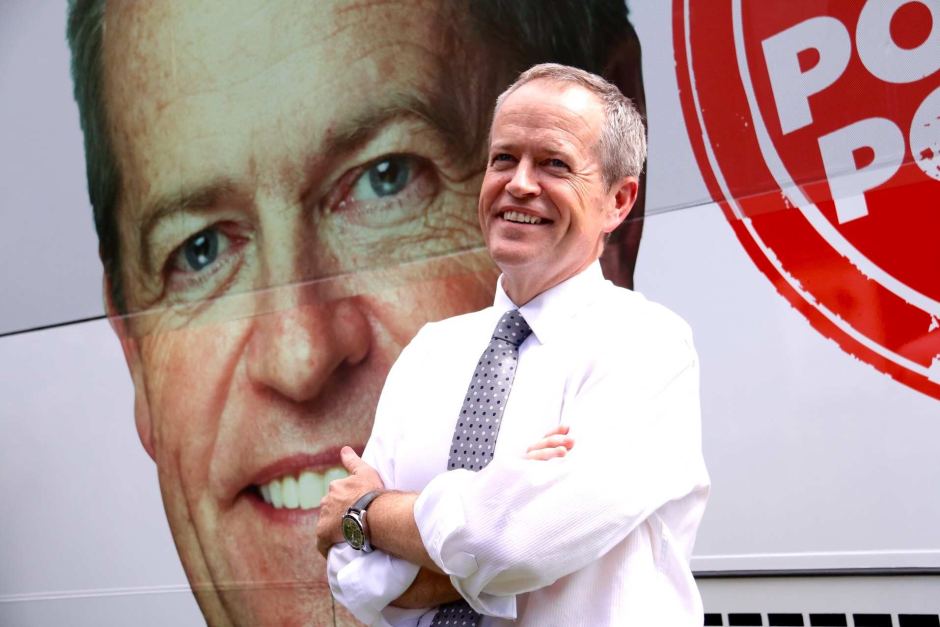 Federal Election 2016: 'Mediscare' and other tactics from the Labor campaign handbook

There is still no victor from election 2016, but win or lose, Labor's campaign is already being seen as a success.

So how has the underdog team led by Bill Shorten come so close to overthrowing the Coalition?

Theirs was a campaign fought on many fronts: boots on the ground, thousands of volunteers, a social media blitz and a bus that criss-crossed the country.

Labor campaign adviser Darrin Barnett is almost poetic in his praise of what he says was a disciplined and united campaign.

"It was a wonderful campaign and beautifully executed by Bill and the entire team of people across the ALP and its affiliates," he told Lateline.

"We knew that we were in a strong position but not necessarily quite to the extent that Saturday night turned out."

Mr Barnett says Mr Shorten's bus tour of the country was a bit of "old school" campaigning that worked and they also took their message to social media.

"People are increasingly receiving their info on Facebook and Twitter and if you have something that comes on autoplay you've probably got two seconds to get someone's attention," he said.

"You need to put some text so they know what it's about and you have seven seconds to get a call to action, so things have sped up."

Labor stalwart Bob Hawke kick-started what was soon dubbed the "Mediscare" campaign, spreading the message that Medicare was at risk of privatisation under the Coalition.

Mr Barnett says it was a message that resonated.

"The whole way through on health the Turnbull Government didn't know or wouldn't tell what their agenda was and that's why the Australian people — this campaign resonated with them," he said.

Labor's outside help hits the phones

Aside from its own campaigning, Labor had plenty of help.

Unionists cold-called thousands of union members in marginal seats with a clear message; urging them to put the Liberals last on the ballot paper.

There was unofficial assistance from the outside too, with more than 3,000 volunteers joining the ranks of community campaigning organisation GetUp for an eight-week assault on the most conservative MPs.

GetUp's Paul Oosting said they campaigned for health, education and climate change action, hitting the phones in marginal seats with the aim of claiming some scalps.

"The strategy was to target these hard-right blockers in marginal seats and to go down there to try and take votes away from them to show them that if they hold these views that are against the public interest then they will lose votes come election day and we have really succeeded in doing that," he said.

"We had GetUp spending and bragging about the fact they spent $500,000 just in the seat of Bass, with 10 full-time people besmirching the character of a great Australian servant," he said.

"We have these grubs going around the electorate besmirching his character. Half a million dollars and that was just from GetUp. No match for our resources in Tasmania."

The final 72 hours of the election campaign were crucial for Labor.

When the party released its costings showing a growing deficit, many wrote it off.

Perhaps to counter that, Labor ramped up its Medicare messaging and hit the key battlegrounds once more.

Former NSW Liberal leader Peter Collins lives in the crucial seat of Lindsay in Sydney's west. The Liberal party won the seat in 2013 but lost it to Labor this time around.

"It's all about perception and what Labor aimed to do and I think did successfully in Lindsay at least and I suspect in other marginal seats was to take a broad national issue — the Medicare scare — and to localise it and say this affects your local hospital," he said.

"They got the scare going and they were successful in localising in marginal seats like Lindsay."

Despite the Coalition's continued rejection of the Medicare rumours, Labor's message was unrelenting.

Mr Shorten and his troops were pledging to save Medicare and that was what many voters heard.

"It just looked like Malcolm was waiting for people to come and vote for him and Bill obviously knew he was the underdog, knew he had to work hard and tried hard all the way to the finish line," he said.