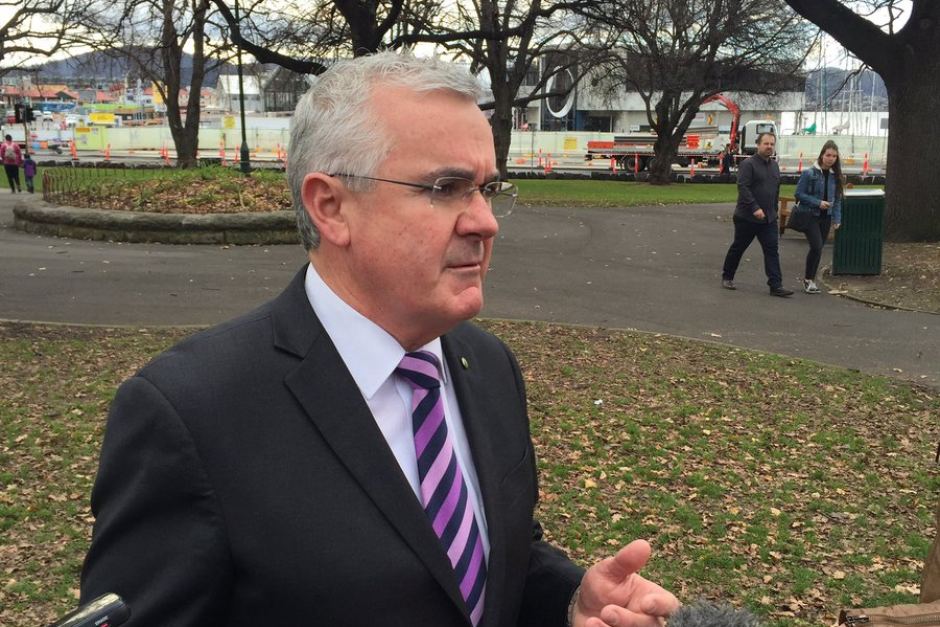 Independent MP Andrew Wilkie is adamant he will "do no deals" to help the Coalition or Labor form government, as his role as a crucial crossbencher attracts the Prime Minister's attention.

Mr Wilkie took a telephone call from Malcolm Turnbull on Sunday morning, who he said was looking to "keep communication lines open".

However, Mr Wilkie said despite the Prime Minister reaching out, he was not interested in negotiating to help him or Opposition leader, Bill Shorten, build a working parliamentary majority.

"I went to this election with a position that I would not enter into any formal agreement with any party to allow them to form government, and nothing has changed," he said.

"That's not to say that there isn't a negotiation over every vote, over every bill, over every motion, I mean of course there has to be.

"If, through that process, I get the ear of the government - maybe there'll be some largesse for the electorate."

On election night, and again on Sunday, Mr Turnbull said he was confident the Coalition would be able to form a majority government.

"I don't think I'm in a position to read his mind," Mr Wilkie said of Mr Turnbull.

"But it is self-evident that the fact that he took the time this morning to have a short conversation with me suggests he feels the need to an open channel of communication with me.

At Saturday's election, Mr Wilkie tightened his hold on his Hobart-centred seat of Denison, which he has held since 2010.

Bob Katter is one of four cross-benchers Mr Wilke will negotiate with. (ABC News)

Mr Wilkie won the seat that year and has since built up his primary vote, drawing support from traditional Labor, Greens and Liberal booths in the seat.

The Hobart Independent said he would not do a deal because he felt he was burnt when he supported Julia Gillard to form a minority Labor government in 2010 in exchange for poker machine reform.

On Sunday, he also ruled out accepting an offer from either side of politics to serve as the new Parliament's House Speaker.

"That hasn't been asked of me, but if it was asked I wouldn't," he said.

"My job is to be the member for Denison."

Mr Wilkie also said he was open to working with his fellow crossbenchers in the House of Representatives.

Ms McGowan has also ruled out accepting the speakership, as has Mr Katter.

Mr Wilkie said he would, in general, vote in line with the interests of the voters of Denison, a seat he notes has traditionally been held by Labor.