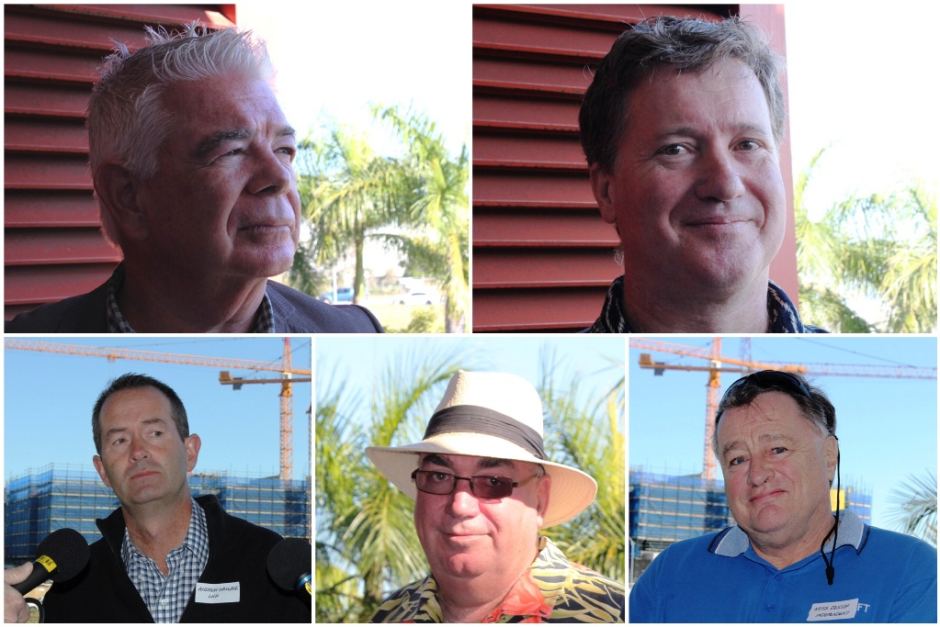 There's a new political era afoot for the electorate of Fisher on Queensland's Sunshine Coast but the seat is still expected to remain safely in the hands of the LNP.

Mal Brough announced his retirement this year after winning the seat previously held by Peter Slipper, who represented the electorate for about 20 years.

Fisher includes more than 1,100 square kilometres from Alexandra Headland on the coast through to Landsborough, Montville and Conondale in the hinterland.

Candidates were invited to attend the 'election grilling' by the local community, hosted by ABC Local Radio on Friday morning, although some were unable to attend due to prior commitments.

As the former chair of the National Advisory Council on Mental Health, Professor John Mendoza said more needed to be done for suicide prevention, age discrimination and broadband access, especially in regional areas.

"Regrettably, we have a much higher rate of suicide here on the Sunshine Coast than the national average which is paradoxical given the environment we're in," he said.

As a director for the ConNetica group, Professor Mendoza called for an end to bickering over broadband.

"Two weeks ago we had a connection with eight different communities in the Kimberley, a connection to Melbourne and we had to abandon what had been weeks of planning of getting all of those people into it because we had a major outage," he said.

"Our business is constantly compromised by the capability of our broadband in Australia [and] we now in Australia are ranked 60th in the world.

"That is a disaster for us in the 21st century; it is fundamental infrastructure and we need all sides of government to just get over this and get on with the job of building a world-class broadband system."

Professor Mendoza also highlighted "age discrimination" and the struggles facing today's youth, particularly with respect to the costs of education.

He said he and his wife would have a debt of at least $250,000 in today's standards for the study they had completed, which would have inhibited their starting a family and securing a home.

Jobs need to be local

Nicole Hegarty, an ABC intern and second year journalism student at the University of the Sunshine Coast, agreed it was tough.

She said attaining education was one side of the argument, but there needed to be more job opportunities to prevent the mass exodus of young people on the coast.

"A big problem is they're having to leave, even after the success rates of getting jobs from the local universities [because] they're unable to get jobs here on the coast," she said.

"They need to move, leave their families and everything they know."

Bruce Highway is no poor cousin

Mr McCue, who is also the vice-president of the Maroochydore Chamber of Commerce, acknowledged there needed to be a balance between road and rail.

"One of the biggest issues from business that I hear is around infrastructure, particularly the Bruce Highway, and how that always seems to be the poor cousin in terms of infrastructure spend," he said.

Ian Christesen from the Organisation of Sunshine Coast Associations of Residents (OSCAR) said growth, infrastructure and the economy were key concerns.

"There is a growing cynicism among electors, not only on the coast but right across Australia, that the elected representatives are looking after the big end of town," Mr Christesen said.

"And one of the major reasons for that is the way the political donations process works."

Mr Christesen questioned whether candidates would lobby to get "decent political reform" to remove that cynicism.

"This is about average people losing faith in the political system because they feel that the average person is no longer listened to," he said.

"It's the vested interest in the big end of town through the political process and the donations that are being listened to and they're not governing for us."

Ms McCarthy, who stood for the seat of Fairfax in 2010, was passionate about natural resource management, conservation and sustainability.

"Australia is falling well short on climate policy from what the science and weather events are demonstrating," she said.