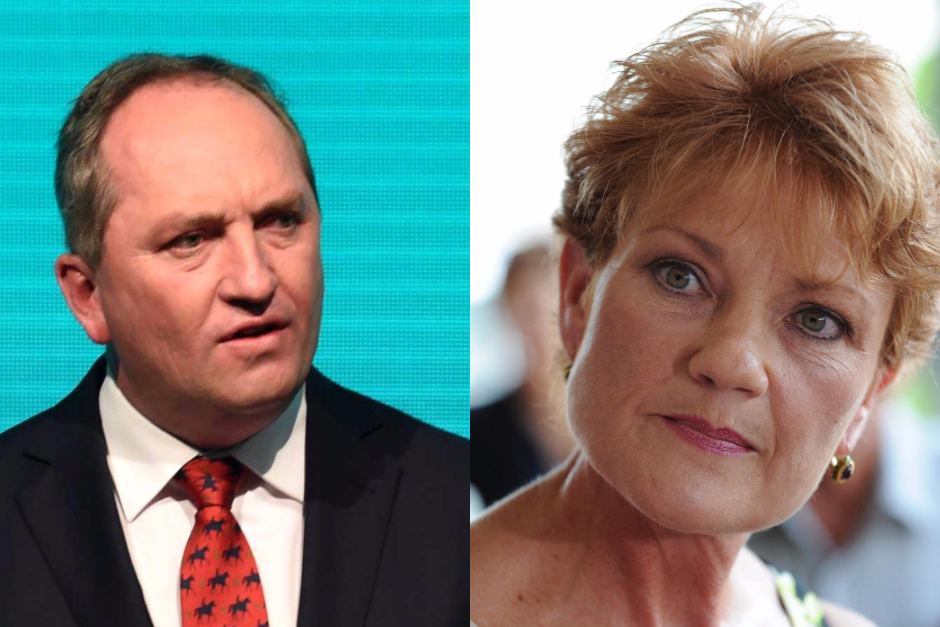 National Party leader Barnaby Joyce says he will not weigh into the "belligerent, xenophobic" politics of One Nation.

A former Queensland senator, the Member for New England said the rise of Pauline Hanson's One Nation in the sunshine state was a reflection of strong views on cultural make-up in some regions.

"It drives a lot of people in how they vote in those areas," Mr Joyce told ABC New England North West this morning.

"Our job is to allay their fears, to make sure that we show that we do have strong control of our borders, that things are under control, but not to go down the path of being belligerent or xenophobic, or attacking any creed or colour or person.

"That's something I will never be a part of."

Asked if he was worried the ideologies of Ms Hanson would interfere in Parliament, Mr Joyce said he would not take part in attacking any sides of the public.

"My job is to have a form of temperance in the political debate, and I acknowledge people's concerns and we have to address their concerns, but I don't want to partake in any vitriolic accusation aimed at one part of our community — I won't be part of that," he said.

Barnaby Joyce said he and the crossbenchers needed a day off after the election to relax before getting down to business. (AAP Image: Dan Himbrechts)

Joyce jumps on the phone to crossbenchers

Mr Joyce said it would "be tough, there's no doubt about that", for the Coalition to form a majority government.

"I'm a realist. There's a chance we'll have a majority government but I'd say it's more likely that Nick Xenophon and Bob Katter will have a bit of a say in how the nation goes," he said.

If the Coalition did form government, the Nationals' strong performance supported the party's case for a bigger presence in the Cabinet, Mr Joyce said.

The LNP may lose Flynn in central Queensland, but it has taken the northern Victorian seat of Murray from the Liberals.

If it manages to hold Capricornia, where MP Michelle Landry currently trails Labor by 991 votes, the Nationals will have maintained their numbers in this election.

"I'll just let everybody settle down. Like, everybody wants a day off — I went and had a couple of chooks and some salad up on the Cockburn River.

"I think everybody else wants to do that, and then they'll start thinking about business today.

"I'll probably get on the phone and ring around a few people today."