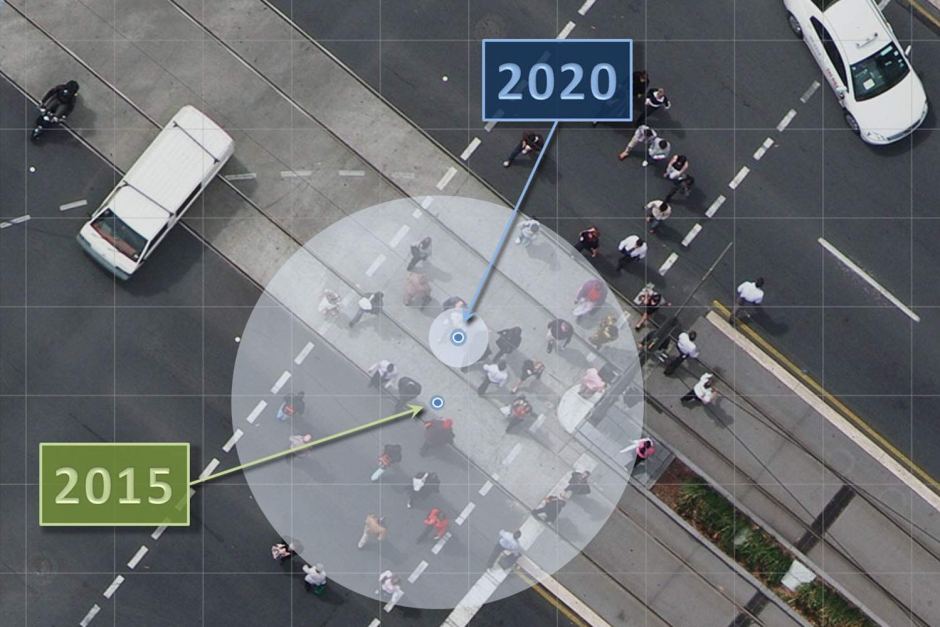 Driverless technology and other intelligent systems like satellite farming require Australia's longitude and latitude to be corrected, scientists say.

Australia's coordinates are out by more than 1.5 metres and that could have major implications for new technologies that rely on global positioning systems (GPS).

Dan Jaksa from Geoscience Australia is working with a team of scientists from national, state and territory governments to modernise Australia's coordinate system — the datum — to close the gap and avoid problems in the future.

This has happened four times in the last 50 years. We're currently using GDA94 (Geocentric Datum Australia 1994) and will move to the GDA2020 next year.

This time around, technology is playing a big role.

Why do we need to update our coordinate system?

"The cost of not doing this outweighs the cost of doing it," Mr Jaksa said.

"At the moment they (smart devices) have to adjust everything because the information you have doesn't line up with the (physical) position.

With the applications that are coming in intelligent transport systems — like driverless cars — if you're 1.5m out then you're in another lane.

"So the map information those systems use need to be coincident with the (navigation) system they're using which is GPS.

"Quite frankly, we need to update the datum if they're going to become a reality."

Mr Jaksa said other areas that will require the new coordinate system are precision agriculture — or satellite farming — and surveying.

He did warn that the "dimensions of a property don't change though".

"Unfortunately you don't own any of the property next door," he said.

What will the new coordinate system actually do?

He said the new datum would have "no perceptible effect on people's everyday lives", because we live mostly in an environment that depends on relative measurements.

"However there are now global positioning systems that we need to align with," he said.

"Australia's — and our coordinate system's — position on the globe is changing.

What is being implemented is a revision of the Australian coordinate systems to match the new position of Australia to the global mapping systems.

"So, a co-ordinate in GDA94 for a point on the ground will have a small number added to it in GDA2020 to reflect the change in our global position."

How much is Australia moving?

Australia is moving north by about 7 centimetres each year, colliding with the Pacific Plate, which is moving west about 11cm each year.

"The plates move, but because the plates are rigid and stressors are built up between the plates, then the way in which that stress is released is by an earthquake."

In 15 million years the Australian plate will travel about 1,000 kilometres north

We're rotating clockwise at a rate of 0.6 degrees per million years

Measurements show the Australian plate is moving 0.3 millimetres per year

For example, the Macquarie Island earthquake was large enough to move Hobart 2mm

That earthquake's influence continues today due to post seismic relaxation

It means the distance between Hobart and Canberra has subsequently lengthened by 3.5mm since the earthquake

"There are new technologies coming through ... that will facilitate the real time accuracies of GPS systems down to 3cm," Mr Jaksa said.

With infrastructure and industry that rely on that kind of accuracy, Australia's coordinates need to be similarly precise.

The new datum will seek to future proof Australia by using coordinates of its projected 2020 location.