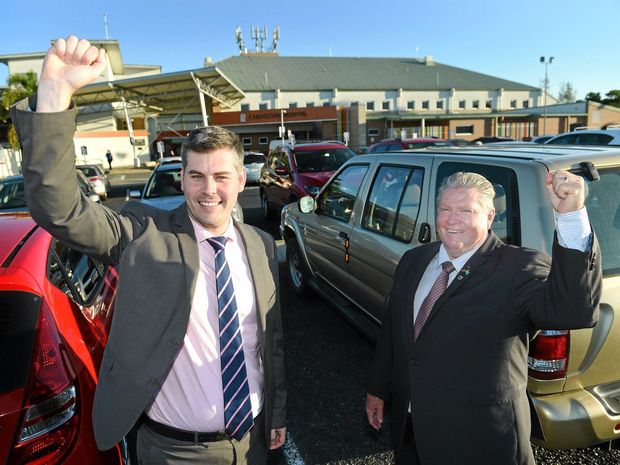 The Caboolture Hospital, schools and the disabled are the big winners out of the 2016 Queensland state budget.

While most eyes are on the fallout from the federal budget, today’s state budget was one of the most Moreton Bay-friendly in recent years.

Even the LNP had one of its long-time wishes answered with the announcement of 300 new car parks for the Caboolture Hospital.

It has been a highly contentious issue after the LNP made a 2015 election promise to build 100 new car parks and has regularly criticised Labor’s inaction in the previous budget.

But the $4 million finally pledged by Labor to purchase new land for construction far outweighs the LNP’s commitment.

“It can only positively enhance access to our inpatient and outpatient services.”

It’s a timely announcement with the construction of the 32-bed ward 3B to start next year and the opening of the Intensive Care Unit late last year.

“We’ve seen a lot of funding go to Sunshine Coast uni hospital and the Royal Brisbane and now it’s our turn.

“I welcome the comment that we are high on their list of priorities and I think we can expect more good things coming soon.”

The next big story is the $9.9 million set aside for three Morayfield schools, with Burpengary State School set to receive a fully enclosed arts and sports hall for the first time in its 140-year history.

Principal Brad Fox said it was the result the entire community working together.

“Here’s a community that’s actually got together and worked together to get a project of significance that’s going to help kids and that’s the big buzz for me,” he said.

“It’s something that the Parents and Citizens contributed to quite significantly … it really gives it soul and makes it a really important place for the entire community.”

The comparisons between this budget and the LNP’s federal budget are stark after it cut funding for both hospitals and education, while focusing on trickledown economics.

“That’s what’s so good about this budget; there is immediate economic return for the entire community.

"It’s very rough and difficult to go over the tracks – and I have an electric chair – it’s even worse for push chairs, walkers whose wheels get stuck in the cracks," he said.

"You’ve got mums and bubs in prams going over them and school kids all the time.

"I’m stoked that we finally got something targeted to the Morayfield area.

“The station hasn’t changed for 30 years and hasn’t been up to standard, but now it will be with this funding."