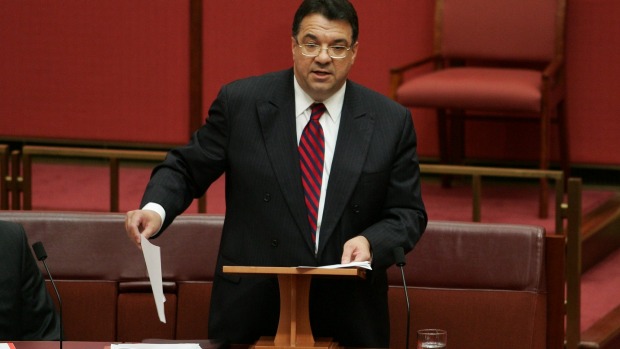 Mr Santoro, a former senator and federal Liberal Party vice-president, introduced Ansaldo STS to Transport and Main Roads director-general Neil Scales in August 2013 and to Treasury officials John O'Connell and Trevor Dan in October that year, according to the state government's lobbyist register.

The company's signalling system was eventually chosen for the project in June 2014.

The rail link was due to open this year but has been delayed indefinitely due to signalling issues.

It was revealed this week Queensland Rail had warned the then-Newman government against installing the Ansaldo system because it did not believe it could be installed in time to meet the project's deadlines.

The rail provider said it had been told the system was chosen because it was cheaper than alternative systems.
Advertisement

Transport Minister Stirling Hinchcliffe has launched an independent investigation into the matter, to be headed by rail signalling expert Rob Smith.

"Ultimately this audit will determine how the signalling system was selected and why the project cannot be delivered within the expected timeframe."