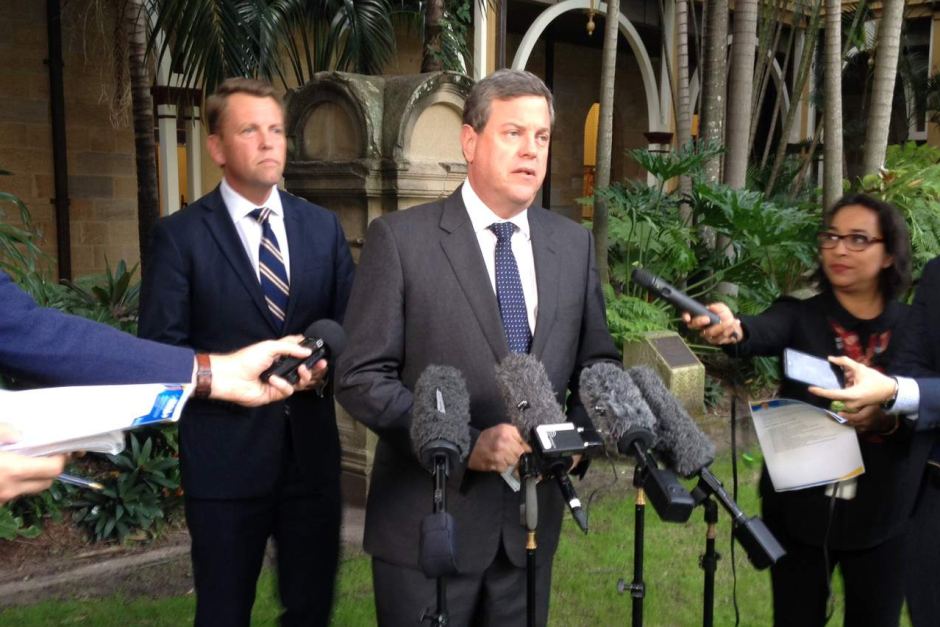 The State Opposition has branded the Palaszczuk Government's second budget a "disappointment for Queenslanders".

"This is a budget of raids, rip offs and write downs," LNP leader Tim Nicholls said.

Mr Nicholls was highly critical of the Government's decision to take $4 billion in surplus funds from the public servants' defined benefits superannuation scheme to pay down debt and fund infrastructure.

"It's now been 15 months, two budgets since Curtis Pitt took the reins as Treasurer," he said.

"We've seen more than $8 billion worth of fiddles.

"All raids, all the easy way out by Curtis Pitt.

"And the debt is still heading towards $80 billion."

But Mr Nicholls said the Treasurer had ignored the figures.

"His own figures show in 2016-17 the rate of growth of the public service to be twice the population growth," Mr Nicholls said.

"He's broken his own principle on the first day he's announced it."

Katter's Australian party is claiming credit for the focus on regional Queensland in the $52.6 billion budget.

$4.9 billion will be spent on regional capital works projects, $100 million on a jobs package to boost jobs in regional Queensland and $78 million towards drought relief.

KAP leader, Robbie Katter, said he had been pushing for 18 months for the Government to focus on areas outside the south east corner.

"Are we satisfied? No," Mr Katter said.

"But we do claim the drought assistance package that's come through from our efforts is something that will leave a legacy.

"Whilst it's only a start to turn things around, it was desperately needed."

Mr Katter said the measures would help "breathe new life" into rural Queensland, as long as they became a reality.

"When the bitumen's being laid or the dam wall's being built, then we'll be satisfied that it's delivered," Mr Katter said.

The LNP will make its official budget reply speech in State Parliament on Thursday.