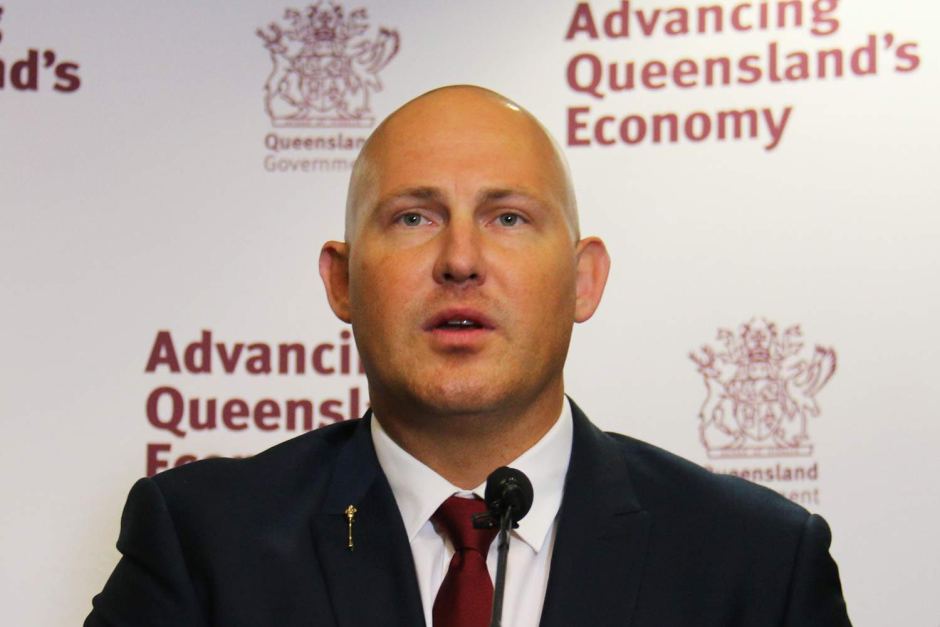 The Queensland Government will use $4 billion from a public servants' superannuation scheme to boost spending on infrastructure and pay down debt in this year's state budget.

Treasurer Curtis Pitt has delivered his second economic blueprint, which he described as a "back to work" budget focused on innovation, investment and infrastructure.

$4 billion in surplus super for infrastructure and debt reduction

$4.4B billion for roads, $400 million for 2nd Toowoomba range crossing

One of the headline measures in the $52.6 billion budget was a $100 million jobs package aimed specifically at regional Queensland, which has been struggling due to the mining downturn.

As usual, a record $15.3 billion will be spent on health, which includes $230 million for hospital upgrades and an extra 110 ambulance officers.

A record $12.9 billion was allocated to education, with $250 million to be spent on new or upgraded schools.

The state's finances will remain in the black over the next four years, despite a multi-billion-dollar writedown in forecast mining royalties and state taxes.

The $152 million surplus for 2015-16 is significantly less than originally predicted, but the State Government blamed this on the Federal Government's decision to defer payment of more than $1 billion in natural disaster funding.

The Treasurer projected Queensland would have the strongest state growth rate in the nation, saying it will reach 4 per cent in 2016-17.

This is underpinned by the LNG industry, with production expected to ramp up to $100 billion by 2019-20.

The unemployment rate is expected to drop slightly to 6.25 per cent.

Employers will be given incentives to hire regional workers under a $100 million "Back to Work" jobs package, which the Government hopes will create up to 8,000 jobs.

As previously flagged, the State Government will use $4bn from the public servants' Defined Benefits Superannuation scheme to reduce debt and invest in infrastructure.

The scheme is $10 billion in surplus and the Government insists worker entitlements will not be affected by the move.

The Government will also introduce "revised cash management arrangements" for Government Owned Corporations (GOCs) so surplus cash will be shifted from the books of GOCs to reduce general government debt by $750 million by 2017-18.

Government departments have been told to "reprioritise programs", to find almost $500 million in savings by 2019-20. Ministers will have discretion, but the Department of Education and Training has been asked to make the largest cuts.

How the money will be spent

The capital works spend will reach $10.6 billion - $4.9 billion of which will be spent in regional Queensland.

There is a $50 million "down payment" for Brisbane's Cross River Rail proposal to progress planning and environmental approvals.

This is less than 1 per cent of the total cost of the project.

There is a $2.1 billion spend on law and order measures, including $70 million to tackle organised crime and $16.2 million over four years to enhance counter-terrorism responses.

The Government's signature "Advance Queensland" program has been awarded an extra $225 million.

Businesses are able to apply for $10,000 "digital capability" grants.

There will be $77.9 million devoted to a rural assistance and drought package and $7 million over four years will extend the family farm transfer duty concession.

The Great Barrier Reef was given a $21.7 million funding injection, while $7 million will be spent over four years to develop and implement a Queensland climate change strategy.