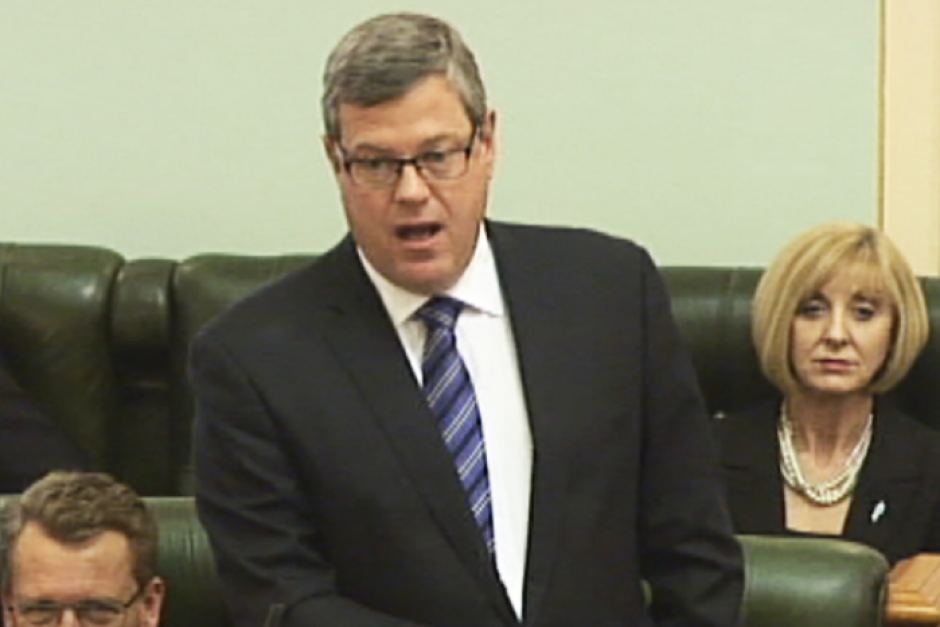 Mr Nicholls has used his budget reply speech in Queensland Parliament to announce the LNP policy, Get Queensland Working.

He said $50 million would be spent over four years to give $5,000 grants to any business that takes on an additional apprentice.

Another $40 million scheme would offer $4,000 grants to businesses hiring young unemployed people who are not enrolled in full-time education or training.

For workers hired under the schemes who stayed on with their employer, a business would have a year's worth of wages excluded from the calculation of workers compensation premiums.

The LNP would also set aside another $10 million for vouchers to help apprentices buy new tools.

"Where the Labor Government is focused on splashing money around, our programs will be targeted at achieving maximum results," he said.

Labor's budget included a $100 million Back to Work package offering $10,000 to regional bosses who hire someone unemployed, increasing to $15,000 if the person is long-term unemployed.

The Government said this would create 8,000 regional jobs over two years.

The LNP said its plan would be funded by reallocating the funding for the Labor program.

Mr Nicholls also used his speech to slam the Government's budget as a "miserable failure".

"It offers the people of Queensland Labor's traditional magic-pudding economics - the belief that the more money government spends, the more it will have left over," he said.

"Labor has again sought to perpetrate a fraud on the people of Queensland."

Treasurer Curtis Pitt said the Government was right to focus on the regions.

"It is the area where we are seeing higher than the state average when it comes to unemployment, that is why this budget is so focused on regional Queensland, it's why we have a $100 million Back to Work package," he said.

Mr Nicholls said his plan was for everyone in Queensland.

Mr Pitt and Premier Annastacia Palaszczuk used the morning to talk down Mr Nicholls' time as treasurer in the Newman government.

"It was a legacy of waste, a legacy of sackings, a legacy of high unemployment, of negativity, it was a stellar underperformance right across the economy," Mr Pitt said.