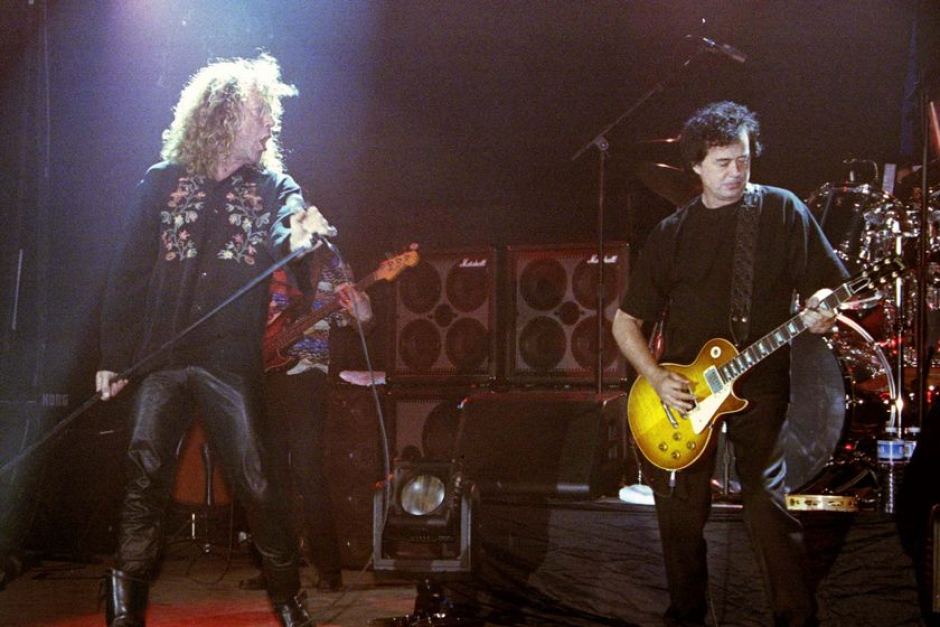 Led Zeppelin singer Robert Plant has denied stealing the opening of the rock group's iconic song Stairway to Heaven, telling a jury he wrote the anthem in the English countryside decades ago.

The 67-year-old musician told a Los Angeles federal court that the song at the centre of a copyright case was clearly his work, as well as that of Zeppelin guitarist-songwriter Jimmy Page.

The genesis of the song is a key element in the case as Page and Plant fight off accusations they stole the anthem's melancholy opening guitar arpeggio from Taurus, the first album of long-defunct US psychedelic rock band Spirit.

Plant testified that he wrote the lyrics more than 45 years ago while sitting by a fire at a recording and rehearsal studio in Britain.

He said he was inspired to write the lines after he heard Page play the opening notes of what would become one of the most famous rock songs of all time.

"That particular evening, I sat with Jimmy by the fire, and I had this first couplet that fit with what he was playing," he testified.

"I was really trying to bring the remote, pastoral Britain … the old, almost unspoken Celtic references into the piece."

Plant was then asked by his attorney to remember what the couplet was.

He sighed before reciting the famous lines: "There's a lady who's sure, all that glitters is gold and she's buying a stairway to heaven. When she gets there she knows, if the stores are all closed, with a word she can get what she came for."

Page, 72, who testified when the trial opened last week, took the stand again on Tuesday, listening to 46-year-old recordings made at Headley Grange, the retreat used by the band in Britain, and explaining in detail to the jury the song's creation.

His attorney then played the entire near eight-minute finished version of the song to the jury before advising the judge that the defence had no more witnesses.

Closing arguments were set for Wednesday, western US time, before the jury of four women and four men begin deliberations.

The five-day trial, which is being watched closely as it could potentially set an important precedent, has included testimony by musicologists who said there were substantial similarities between Stairway and Taurus.

Spirit guitarist Randy California, who penned Taurus, long maintained he deserved a songwriting credit for Stairway but never took legal action and drowned in Hawaii in 1997.

A lawsuit filed by his trustee and friend Michael Skidmore two years ago seeks damages and claims California deserves a songwriting credit so that he can "take his place as an author of rock's greatest song".

Accusations of copyright infringement are common in pop music. Take our quiz and judge for yourself.

However, experts who testified on behalf of the defence in the trial said the chord pattern used in the intro to stairway was so "commonplace" that it could not be copyrighted.

Page testified last week that his chord progression had more in common with Chim Chim Cher-ee, from the 1964 musical Mary Poppins, than anything else.

At stake in the case are potentially millions of dollars in royalties collected in the three years prior to the filing of the suit through this month.

Zeppelin opened for Spirit when the British rockers made their US debut on December 26, 1968.

But the surviving members have submitted testimony that they never had substantive interaction with Spirit or listened to 1967's Taurus before recording Stairway in December 1970 and January 1971.