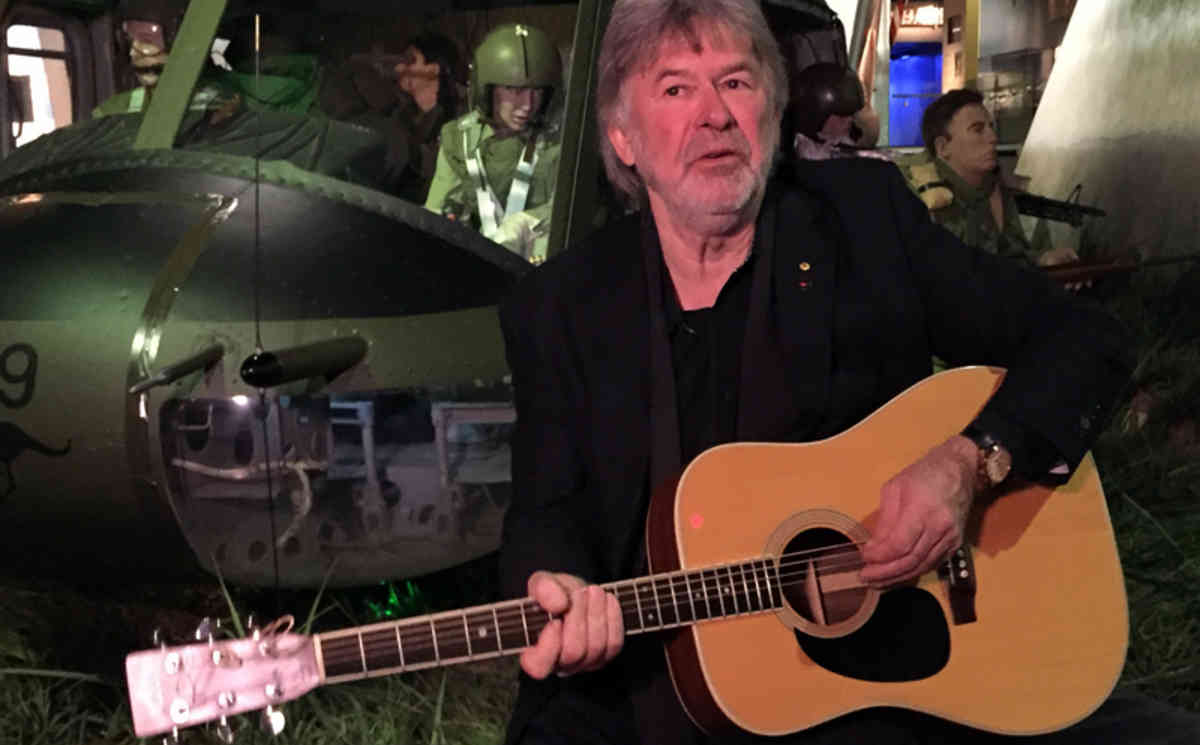 The song took 15 minutes to write and yet 33 years later it's still sending shivers down spines.

It was only five years ago when folk singer John Schumann realised the magnitude of his celebrated Vietnam War-anthem, I Was Only 19, on a new era of diggers.

He was in Afghanistan to perform for hundreds of soldiers in Tarin Kowt when a young man came up to him to express his admiration for the song and how special it was to soldiers stationed there.

'That performance that night ... was probably the most spine-tingling performance for me of the song,' Schumann told reporters in Canberra on Tuesday.

Now the guitar the Redgum lead singer used to pen the tune will go on permanent display at the Australian War Memorial on Vietnam Veterans' Day to commemorate the 50th anniversary of the battle of Long Tan.

Schumman who wrote the song after a conversation with his Vietnam veteran brother-in-law, says the song was an I get it moment' for Australia when it was released, to help a nation stop and think about the impact of the war.

'That we didn't do the right thing by those boys.

'We really need to get a good hard look at them and even harder look at ourselves. And that's what the song served.'

He says it's important younger generations take stock of what the war meant to Australia through the guitar display.