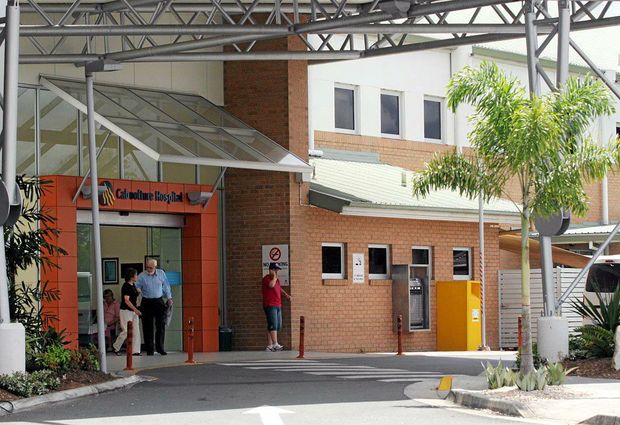 Two levels of government will join forces after facing-off earlier in the week over the Caboolture Hospital's carparking crisis.

The $4 million carpark announcement had already been planned for Tuesday afternoon, with Wyatt Roy coincidentally announcing his funding earlier that day.

"I look forward to sitting down with local MPs after the election and combining the $2 million with their commitments to build an even bigger one," Mr Roy said.

Rick Williams welcomed the $2 million worth of additional funding.

"This is what it is all about.

"It's about all tiers of government working together.

"The games people play isn't good for the community.

"We already have a plan to put $4 million in, so we're more than happy to take that $2 million and put in there somewhere."

Mr Roy had said earlier on budget day that the Queensland Government had failed to come through on the previous state government's pledge for additional parking.

"With our expanding population, everybody knows how desperately-needed these parking spaces had become at the great local hospital we depend on," Mr Roy said.

"The state LNP team made a commitment at the last election to upgrade the Caboolture Hospital carpark.

"Unfortunately the incoming Labor government didn't honour that commitment in its first budget - and if they did it would be built by now."

"We must be putting the additional resources into Caboolture Hospital to keep up with growth.

"And I am committed to keeping up the fight - and the pressure on Labor - to ensure we have the best possible hospital at Caboolture."

"If the LNP had something in the budget in most cases (the current state government) went ahead with it," Mr Williams said.

"If (the promise) was all good for the community we went ahead and did it.

"It was never funded - it was promised if they got back into power again and if they sold assets."

"MP for Morayfield Mark Ryan and I have joined forces.

"We worked on this and said it is really needed for our community."