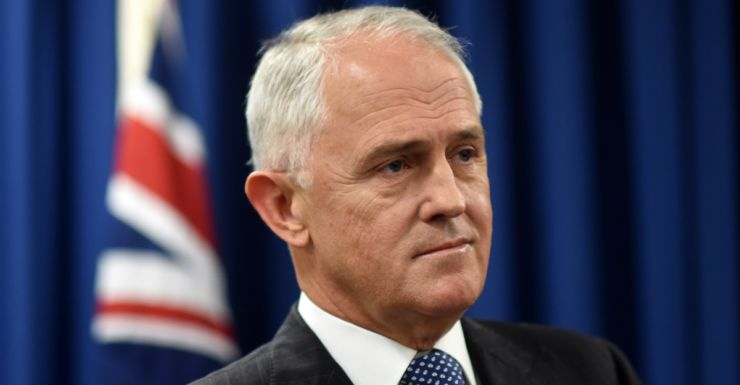 The PM stares down an angry backbench, as pollies continue to stumble over the complexities of superannuation.

The Turnbull government is coming under pressure from angry backbenchers, backers and party donors to jettison parts of its superannuation policy.

Liberal MPs agitated on Wednesday against the planned overhaul of the so-called Transition To Retirement (TTR) scheme, which helps semi-retirees supplement their income with a part pension from their super fund.

Signs of disunity over the policy first became apparent when WA Liberal parliamentarian Ian Goodenough broke rank on Wednesday, saying government backbenchers would air their concerns with the super reforms after the election.

“I have received a volume of correspondence from constituents objecting to the changes,” Mr Goodenough told the ABC.

“It is a significant issue in this election, however the dilemma is to identify another area of revenue to target given the constraints with the budget situation.”

Under the change announced in this year’s federal budget, the government expects to save $640 million over the next four years by withdrawing tax exemptions on the earnings of older workers who supplement their incomes using the TTR scheme

Mr Goodenough said his constituents were concerned about the changes. Photo: AAP

The government also announced its plan to tax the superannuation profits of people aged 60 and older, who currently pay no tax on earnings. The starting value of their retirement accounts would be capped at $1.6 million. Amounts above $1.6 million would be diverted to other accounts, where profits would be taxed at 15 per cent from July 1, 2017.

Government MPs and Liberal party donors have been briefing journalists about their concerns with all these changes, insisting they will work to upend the policy if the Coalition wins the July 2 election.

Cabinet secretary Arthur Sinodinos indicated the government might be prepared to amend the measures after the election. In a Sky News interview, he refused to rule out a review of the government’s retirement savings policies after the July poll.

“I’m not going to speculate on that – let’s win the election first and go from there,” he said.

He also conceded that senior ministers did not consult with backbenchers on all of the superannuation measures announced in the budget. But he indicated the government would consult with MPs after the election.

“The next process will be that we win the election then there will be consultation on various changes and then legislation presented to the party room,” Senator Sinodinos said.

His comments came after Prime Minister Malcolm Turnbull said the government’s superannuation measures had the “full support” of the party room.

Super-blooping has become a hallmark of the 2016 federal election campaign, with some of the country’s leading politicians flunking out when pressed for details about their parties’ retirement savings policies.

Foreign Minister Julie Bishop walked into a firestorm on Tuesday when she was unable to explain the government’s planned changes to the TTR policy.

South Australian Senator Sarah Hanson-Young is the latest politician to trip up, after botching an explanation of the Greens’ proposed overhaul of superannuation in an interview on ABC radio.

Ms Hanson-Young incorrectly said that her party would tax super at the same rates as income.

Her comments led some people to believe the Greens would tax super contributions at up to 45 cents in the dollar.

The senator then created more confusion when she could not articulate whether the Greens would tax the contributions made by super fund members or the earnings on their retirement savings accounts.

Greens superannuation spokesman Adam Bandt later tried to clean up the mess created by Ms Hansen-Young, by releasing a tax table that showed workers earning less than $19,400 a year would pay no tax on super contributions.

Under the policy, people earning more than $180,000 a year would be taxed at least 30 cents in each dollar contributed to their super fund.