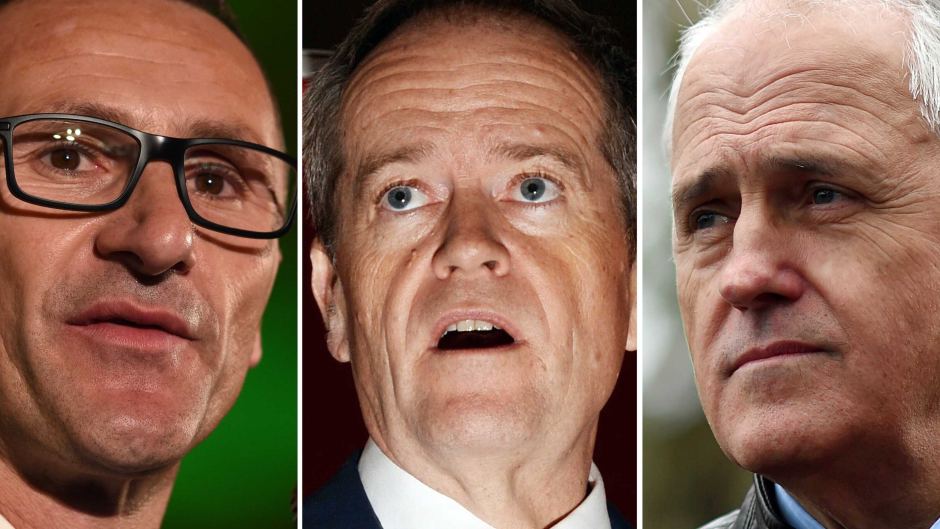 Today was a big one on the campaign trail with the Coalition's official launch in Sydney, Labor's unveiling of election costs in Brisbane and the Greens campaign launch in Melbourne.

With less than a week before Australia heads to the polls, the parties are now in the most crucial stage of the game.

Let's have a look at some of the key moments from the three events today:

Prime Minister Malcolm Turnbull made a 40-minute address where he honed in on the uncertainty created by Brexit to urge voters to re-elect the Coalition for economic stability.

"Calm heads, steady hands and a strong economic plan are critical for Australia to withstand any of these negative repercussions," he said.

The PM spent a lot of time in his speech urging Australians not to give their votes to independents and minor parties.

A $50 million strategy to assist seniors who want to improve their digital literacy skills.

Former PMs John Howard and Tony Abbott were in the audience and were acknowledged by Mr Turnbull: "John and Tony, we salute you."

Labor will place a $5,000 cap on the deduction individuals can claim for the cost of managing their tax affairs

The party bank nearly $2.9 billion from the Coalition's superannuation changes without necessarily adopting the policy

With the savings measures already announced on the election trail it would return the budget to balance at the same time as the Coalition in 2020-21.

"Our vote is growing," Greens leader Richard Di Natale declared as he pledged to push for a renewable energy-led economy.

He focused on the party's main objectives:

Mr Di Natale said The Greens offered a viable alternative to the traditional political parties and are "here to stay... get used to it".

"We go into this election with our biggest-ever federal party room, our biggest-ever membership base, and the most volunteers we've ever had out having one-on-one conversations with voters about the issues that matter to them."