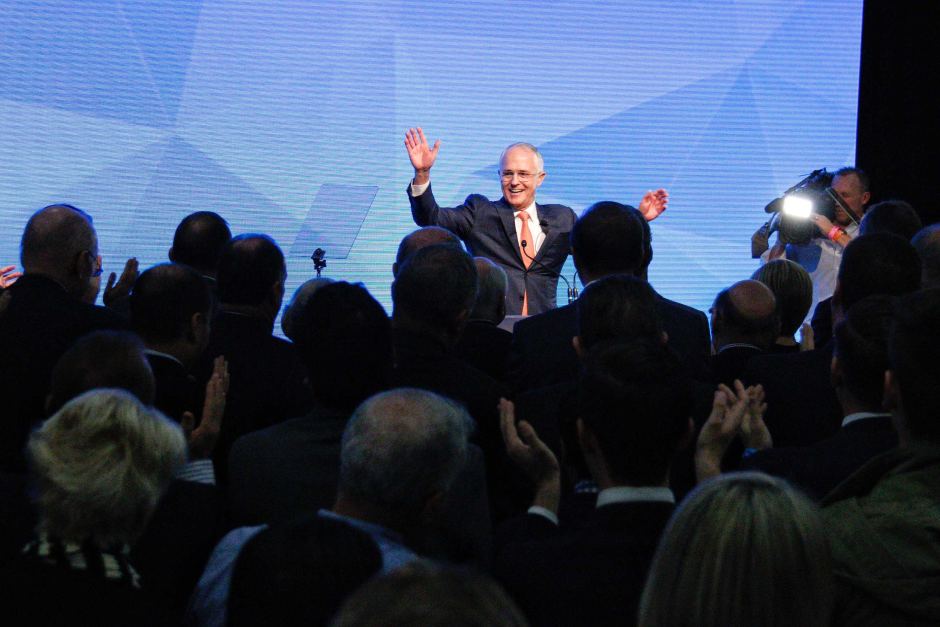 Prime Minister Malcolm Turnbull has urged Australians to reject Labor, independents and minor parties next weekend in favour of a "stronger new economy".

Mr Turnbull officially launched his bid for re-election at Sydney Olympic Park in the marginal Coalition electorate of Reid today.

In a 40-minute address to the Liberal and National faithful, the Prime Minister promoted his economic credentials and the need for stability following last week's Brexit vote.

"Our clear economic plan is more essential than ever as we enter this period of uncertainty in global markets following the British vote to leave the European Union," he said.

"Calm heads, steady hands and a strong economic plan are critical for Australia to withstand any of these negative repercussions.

"Back a strong and stable Coalition majority government that will press ahead with our plan for a stronger new economy.

"We have always been a lucky country but today, more than ever, we need to make our own luck.

"Get this right and Australians will succeed as never before."

Former prime ministers John Howard and Tony Abbott were in the front row and were acknowledged by Mr Turnbull as he began.

"Tony, you brought to an end the chaos and dysfunction of the Rudd-Gillard-Rudd years and you remain a powerful and dedicated advocate too for our great cause.

"John and Tony, we salute you."

Mr Turnbull repeatedly urged Australians not to vote for independents or minor parties.

Opinion polls have shown Lower House candidates for the Nick Xenophon Team polling well in a number of seats, and that up to 15 per cent of Australians intended to vote for someone other than the Coalition, Labor or the Greens.

"I counsel all Australians against a roll of the dice on independence or minor parties," Mr Turnbull said.

"Vote for anyone other than the Liberal and National Party candidates and there is a risk that Australians next week will find themselves with Bill Shorten as prime minister.

"A replay of the Gillard years and another power-sharing fiasco with the Greens and independents.

"At a time of uncertainty, the last thing we need is a Parliament in disarray."