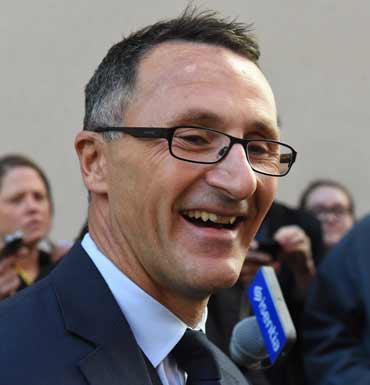 A national plebiscite, "jury of citizens", convention and finally a referendum need to be completed to ensure success for Australia to become a republic, Greens Leader Richard Di Natale believes.

"Public participation has to be at the core of the entire process, not just in the final vote," he said.

"The Greens' plan will fund a consultative, democratic process involving everyday Australians and organisations from around the country."

The plan included holding a national convention on the question that would be put to the people, informed by a policy group or "national jury of citizens", which would then feed into an informal plebiscite then a referendum.

While the policy was costed at about $165 million by the Parliamentary Budget Office, the final cost of a formal referendum, which could cost about $60 million, or a similar amount to a federal election, was not included as the proposal could be discarded if the plebiscite resulted in a no vote.

Sen Di Natale said he expected a referendum could be held on the question at the same time as the likely 2019 federal election and the earlier forums would help ensure "history doesn't repeat itself' - a reference to the failed 1999 referendum of which Malcolm Turnbull played a key role.

Sen Di Natale said now was the time to start the process, with all leaders of the three main parties in Australia supportive of the proposal.