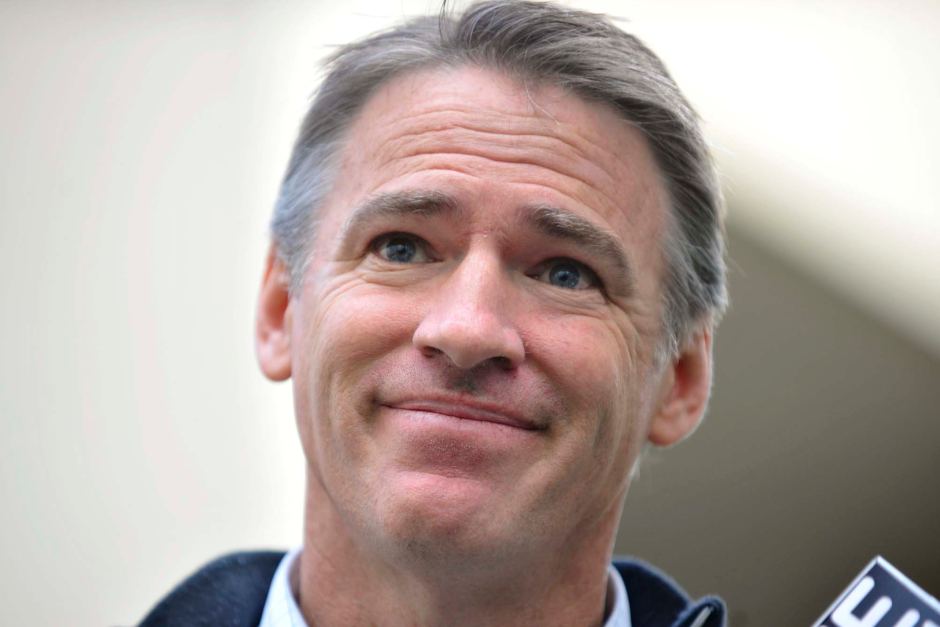 Former independent MP Rob Oakeshott has announced he is having another tilt at federal politics.

Oakeshott says he is running because seat has been badly represented

Oakeshott and Tony Windsor handed Gillard and Labor power in 2010

Oakeshott would back Turnbull under another hung parliament

The former member for Lyne has nominated as an independent candidate in the seat of Cowper on the mid-north coast of New South Wales.

He will try to take the seat from former Coalition frontbencher and Nationals MP Luke Hartsuyker.

In a statement, Mr Oakeshott said he had decided to make a bid for the seat because it had been badly represented.

"I was hoping the local MPs for the area would continue building on the community work around education and health, and that they would continue to focus on the many disadvantaged communities of our region, Mr Oakeshott said.

He also said the current Parliament failed to tackle important issues such as tax reform and Indigenous recognition.

"I was hopeful the Parliament would progress on areas of pre-election promised reform, such as comprehensive tax reform, and constitutional recognition of first Australia," he said.

"Sadly, both promises have failed or flat-lined over the past three years. And I haven't heard a peep out of the local MPs about this failure to reform, which is all the more disappointing."

Mr Oakeshott, along with former member for New England Tony Windsor, famously handed power to Labor and Julia Gillard in 2010.

Mr Oakeshott was pilloried for the next three years by Coalition MPs, who accused him of selling out his traditionally conservative electorate, which he won convincingly with a 47.2 per cent swing.

However Mr Oakeshott said if there was another hung parliament and he held the balance of power he would give Prime Minister Malcolm Turnbull the first chance to form government.

"As Prime Minister, he would have first go in this process of forming government in the House of Representatives," he said.

"I would not block his efforts to do so, and would accept his phone call if he wanted to formalise something in more detail."

Mr Oakeshott said he was contesting Cowper instead of Lyne because a boundary redistribution had pushed his home town of Port Macquarie into Cowper.

The 43-year-old won Lyne in a by-election following the resignation of former Nationals leader Mark Vaile.

He had sat in the NSW Parliament as a Nationals candidate for the seat of Port Macquarie from 1996 to 2002, at which time he became an independent.

When he resigned in 2013, Mr Oakeshott described the previous three years as the toughest of his life.

"I signed up for the 43rd parliament, it's run its full term, and I'm just not recontesting for the next time around," he told ABC Radio National's Breakfast program.

"I've been in federal parliament five years, 17 years in public life, six elections with a very young family … The time's right for me."

The woman he helped make prime minister, Julia Gillard, described Mr Oakeshott at the time as "a man of energy and ideas" with endearing "fundamental optimism".

"Rob smiles easily and wears his heart on his sleeve, and politics could do with more of that, not less," Ms Gillard said