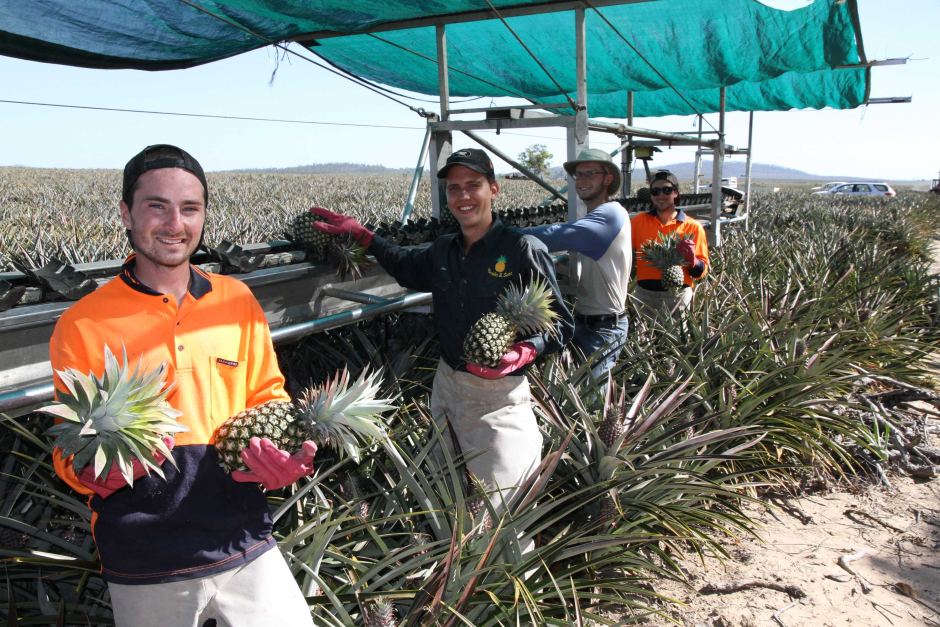 The Australian Tax Office has moved to clarify backpacker tax arrangements, now confirming that controversial tax increases will not begin on July 1.

As late as Thursday, the ATO had been directing concerned farmers to its website, which stated that a 32.5 per cent tax rate for backpackers was due to take effect next month.

That contradicted an earlier announcement by the Coalition government, that any backpacker tax changes would be delayed until January pending a review.

The confusion arose after the Queensland Farmers Federation (QFF) sought clarification from the ATO this week, on behalf of its members who said they had been told the tax increases would apply from the new financial year.

The ATO replied by directing farmers to its website, which stated that from July 1 working holiday visa holders would be treated as non-residents for tax purposes, will not be able to access the tax-free threshold and will be taxed at 32.5 per cent from their first dollar earn.

After ABC Rural reported on the matter, the website was updated to remove references to a July 1 start date.

In a statement provided to the ABC, the ATO said that "whether there are any changes to the tax laws for backpackers, and the date from which any changes would commence, is a matter for the incoming government".

It did not explain why its advice wasn't updated earlier.

Some reprieve, but not enough for farmers who want tax issue resolved

"Everyone out there thinks that it's not going to come in for months yet, if it comes in at all and so if you don't pay the tax on the first of July, you will be liable," he said.

"We must abide by the law of the land so therefore we must pay tax on any backpackers we're paying."

The email from the ATO also told farmers that the government was "currently in caretaker period and the law has not yet passed".

However, the ABC understands legislation may not be necessary to make the changes, because they involve a new interpretation of existing tax laws rather than a change to the laws themselves.

Mr Armitage said he was at a loss as to how the confusion has occurred, considering the government had assured farmers the tax would be delayed.

"I can't understand because I thought this had to legislated but apparently, from what we've got from the ATO it's just going to come in from the first of July," he said.

Farmers have called on both sides of politics to make their backpacker tax intentions clear before the election.

The Coalition has said it will be guided by the outcomes of a wide-ranging review of backpacker taxes and visa arrangements, with any changes to take effect from 1 January 2017.

Labor has called on the Coalition to rule out the 32.5 per cent tax rate altogether, but has refused to say what it would do about backpacker tax rates if it is elected. It has promised to consult with industry if elected.