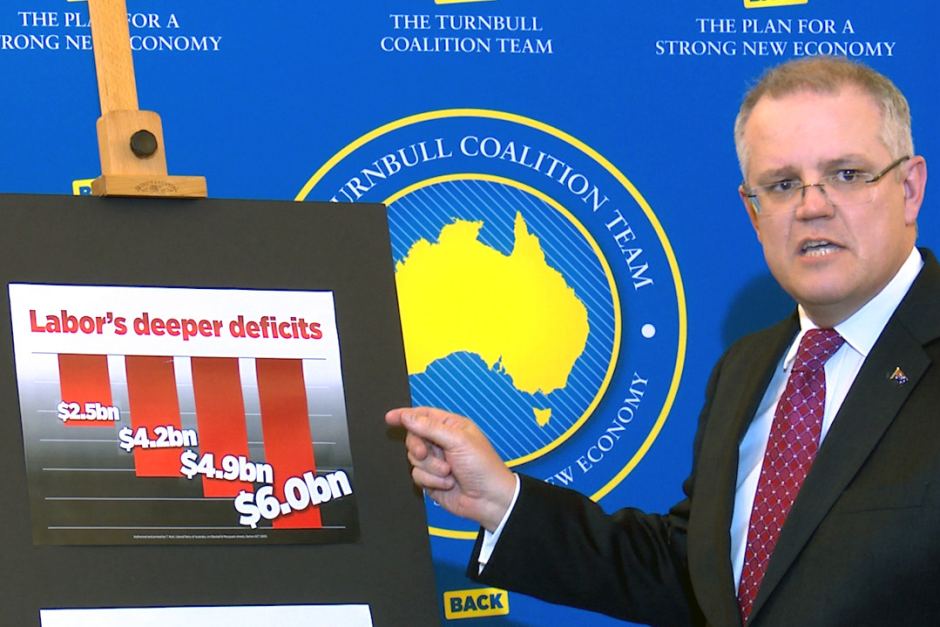 The Coalition has announced a plan to claw back $2.3 billion in savings - largely by cracking down on welfare payments - as it unveils its final budget costings.

Commonwealth owed about $3.5 billion in welfare debt due to fraud and overpayments

The Government predicts it will save just over $2 billion by intensifying its efforts to identify welfare fraud, and using technology more effectively to ensure people receiving Centrelink payments and pensions are not overpaid.

The Coalition said the savings would allow it to pay for its election promises, and lift its bottom line by just over $1 billion since the budget in May.

Treasurer Scott Morrison said the Commonwealth was owed around $3.5 billion in welfare debt due to fraud and overpayments.

The figures broken down:

The Coalition says its election promises over the past eight weeks have cost the budget $1.2b

To offset that, it will crack down on welfare, bringing in $2.3b over four years

The Treasurer says that means a $1.1b boost to the budget

"We are not weakening the system, we at strengthening it, so those entitled to the payment and support which are important get that support, but ensuring that the system doesn't have the leakage and the waste and the overpayments or the abuse of the system which at the end of the day cost Australian taxpayers," Mr Morrison said.

He said the Coalition would overhaul the checks and balances in the system and use technology more effectively to recoup the money.

"Our existing integrity measures are successfully identifying and recovering fraud and overpayments, and we will build on these ... I think every Australian would expect the Government to be doing that," he said.

Opposition's Treasury spokesman Chris Bowen said he was sceptical about how much money the Government would be able to claw back.

"Obviously, we would need to know exactly how many people would be affected and how it is different to the $5.7 billion in savings announced since the 2015/16 budget from better compliance," Mr Bowen said.

"This Government has a habit of announcing compliance measures with very significant amounts of money attached to them."

"The Government is offering the worst of all worlds in these figures. They have continued deficits with no structural reform," Mr Burke said.

But Finance Minister Mathias Cormann said the Coalition's announcements demonstrated its resolve to bring the budget back to surplus and exercise fiscal discipline.

"Since we came to government we have made more savings to the tune of $10.3 billion and in this costings announcement here today we can again show that the frugal, modest commitments we have made in this campaign are more than paid for by genuine savings in other parts of the budget," Senator Cormann said.