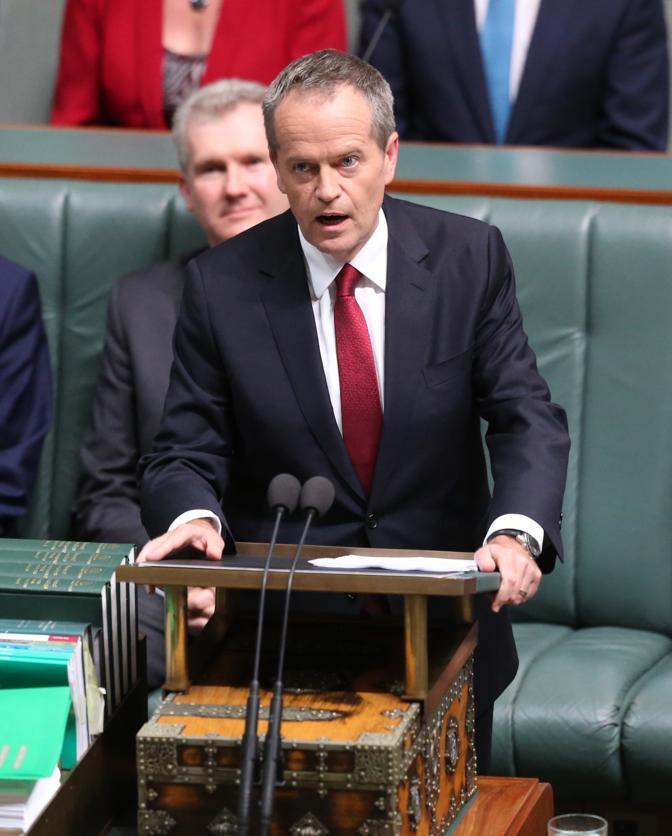 Opposition Leader Bill Shorten has given his strongest indication yet that a future Labor government would be in favour of a treaty with Indigenous people as well as constitutional recognition.

He also vows to wind back secrecy around border protection

Mr Shorten said there were arguments about the "best form of reconciliation" for Indigenous people and he was open to discussions about a treaty.

A treaty would be a separate formal agreement between the Government and Indigenous people with legal outcomes.

"Could it look like a treaty?" host Tony Jones asked.

"Is that something you might move towards in government, a treaty?"

"I just have a sense, Tony, maybe you think I'm being a little harsh on you, that there's a little bit of gotcha going on here," Mr Shorten said.

"No, no, it's not gotcha, it's a question based on what you just said when you said yes I assumed certain things," Jones replied.

'I do not see why that has to be a secret': Shorten

Embed: Your say on Indigenous treaty

MPs from both major parties have defended the newly-implemented Border Force Act, which contains controversial secrecy provisions that make it a criminal offence — punishable by two years imprisonment — for entrusted employees working in detention facilities to "disclose" or "record" protected information to the media and external organisations.

"If I was Prime Minister it would have to be an amazing set of circumstances where we're not prepared to tell you what's going on," he said.

Jones asked if a Labor government would "allow journalists, independent observers onto Nauru and Manus Island or any offshore detention centre".

"When I say that I do that on the basis that I don't want to see the people smugglers back in business.

"A Labor government will not be, will not be, any different to the Liberals in terms of our determination to stop the people smugglers full stop.

"When it comes to transparency and the way that people directly or indirectly in Australia's care are treated I do not see why that has to be a secret."