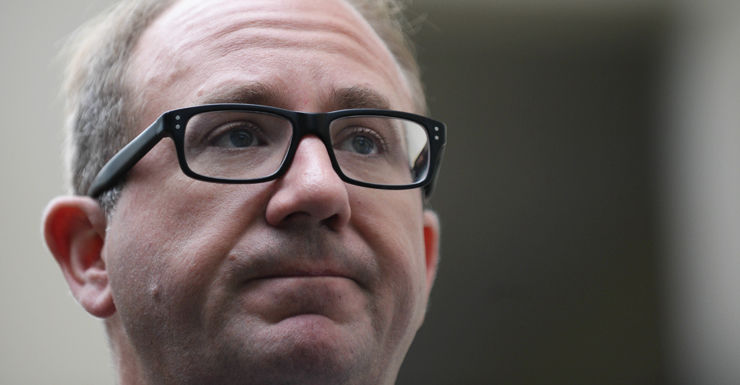 Federal Election 2016: Batman hots up as The Greens are gunning for Feeney

The party has released polling that suggests their Batman candidate is in with a chance.

After a string of gaffes, the Labor Party is at risk of losing the Victorian seat of Batman to the Greens.

The party’s incumbent MP, the once unassailable factional powerbroker David Feeney, is in the danger zone after a seeming voter backlash at his failure to disclose his negatively geared investment property, his ignorance of campaign policies, and for accidentally allowing the media to read his ALP talking points.

On Tuesday, the Greens claimed their Batman candidate, Alex Bhathal, was now polling an incredible 41 per cent of the primary vote.

In a Lonergan Research poll commissioned by the Greens, Mr Feeney held a 28 per cent primary vote, with the Liberals’ George Souris on 23 per cent.

Competing billboards in the Batman electorate.

Several political commentators have described Mr Feeney as being in “witness protection” after sparking controversy. Most notably, he has not returned to his once-regular appearances on Sky News after an embarrassing interview.

The federal Liberal Party has over-ruled Victorian Liberal Party president Michael Kroger, deciding to preference Labor ahead of the Greens in Batman, presumably making it harder for Ms Bhathal to win.

But if the Lonergan poll is proven correct on July 2, the Greens are in with a chance on the preferences of disaffected Liberals who will not follow the party’s how-to-vote advice.

Is Kelly O’Dwyer in trouble in Higgins?

As Paula Matthewson has reported in The New Daily, the Liberals’ Kelly O’Dwyer also appears to be in trouble in her otherwise safe Melbourne seat of Higgins.

“She’s smart and on top of her brief as Assistant Treasurer and Minister for Small Business, but recently became social media’s favourite woman to hate due to a rhetorical stumble on the ABC’s Q&A program,” Ms Matthewson wrote.

On Q&A, Ms O’Dwyer used a hypothetical “$6,000 toaster” that created jobs for a small business as justification for her party not cutting taxes for low-income earners.

After social media outrage at the apparent incongruity of the toaster remark, the Greens polled Higgins electors and reported that Ms O’Dwyer’s primary vote had slumped from 54.4 per cent in 2013 to 44.1 per cent, while Greens candidate Jason Ball had jumped to second spot on 24.1 per cent.

On the other side, Liberal MP Kelly O’Dwyer could also be under threat from the Greens. Photo: AAP

Ms O’Dwyer’s still strong primary vote should help her retain Higgins in any preference tussle, but dropping below the certainty of plus 50 per cent would be very worrying for her. The preferences of Labor candidate Carl Katter, said to be third at 18.5 per cent, could be decisive.

Come to the aid of Sophie

“Now is the time for all good men to come to the aid of the party,” is an old political war cry.

It was still operational in the case of Sophie Mirabella’s fight to regain Indi, where she was sensationally displaced by independent Kathy McGowan in 2013.

Whether this testimonial support from political leaders of such mesospheric status will be enough to overcome the social media phenomenon working against Ms Mirabella remains to be seen.

Again, Indi appears to be headed for an election night preference struggle with the Liberals now trusting that the loyal Nationals, immovable by faddish social media, will deliver for Ms Mirabella.