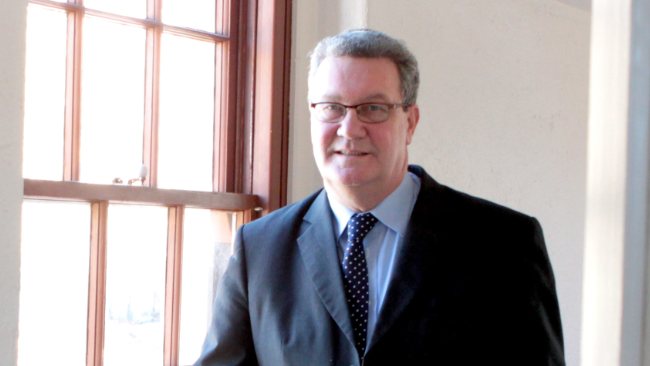 Britain's shock decision to exit the European Union should have little impact on Australia's diplomatic and trade relationships, according to the EU's ambassador to Australia.

Speaking to the ABC's AM program, Sem Fabrizi said despite global financial fallout from the Brexit vote, nothing would change immediately.

"Until the new agreement for the separation from the UK takes effect, rights and obligations under the treaties will continue so there will be no immediate change," Mr Fabrizi said.

Mr Fabrizi denied the Brexit outcome was a shock to the EU and said "war gaming" had been underway to manage the unexpected.

"We were expecting a close call and the people of Britain have decided," Mr Fabrizi said.

"A democratic decision has been taken.

"So we're now in a period where clarity is needed more than ever.

"But there's a procedure in place and we would like to have this process started as soon as possible."

Earlier today on Wall Street, the Dow Jones Industrial Average ended 3.4 per cent lower or 611 points in the red.

Analysts estimate US stocks lost US$700 billion, contributing to global losses of about US$3 trillion.

The banking sector was hit hardest, with Citigroup down 8 per cent and Goldman Sachs and JP Morgan Chase 5 per cent weaker.

The losses on Wall Street follow plunges across Europe in the wake of the Brexit vote with Paris down 8.6 per cent, Frankfurt 6.2 per cent and Madrid plunging 12.3 per cent.

The Chicago volatility index — which measures market anxiety — surged as much as 48 per cent given the unknowns about the process for Britain's exit from the European Union.

But Mr Fabrizi said while there was complexity ahead the EU would not seek payback with Britain.

"The spirit is always to find the best solution. I don't think we need to enter a conflict mode," he said.