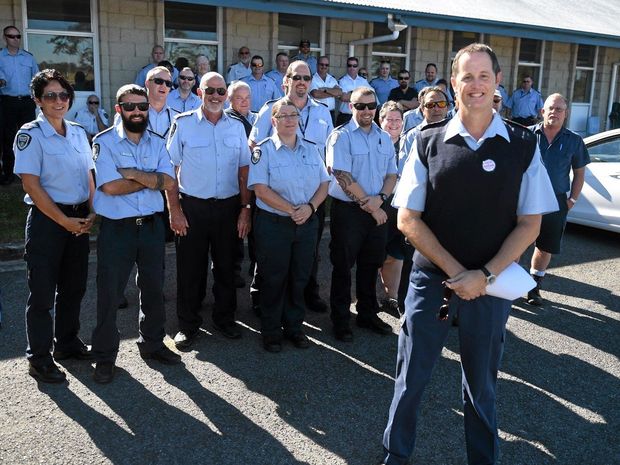 Prison officers at the five largest Queensland jails walked out for six hours last Monday as part of a campaign to progress an enterprise bargaining agreement and to restore 100% work cover.

The action is protected and involves day shift officers walking off for half of their 12-hour roster.

Together Union delegate for Woodford Correctional Centre Jason Hunt said at issue was the lack of movement on salary scale classifications which had remained unchanged for 20 years and the removal in late 2012 of 100% work cover.

He said Queensland prisons had become more violent during the past three years due to overcrowding that now had more than 1000 prisoners more in the system across the state than it is designed to accommodate.

“It is now a more volatile and violent workplace,” he said.

“The assault rate (on officers) is up. They are punching each other more and that spills over onto staff.”

Mr Hunt said pressure for space was leading to more incidents of threatening staff and their families and spitting.

He said Borallen prison was closed but then re-opened as a training centre but the smaller Darling Downs facility, which would have relieved some of the pressure, was still shut.

Mr Hunt said while there would be little public sympathy for prisoners having to sleep on a mattress on the floor in a cell designed for one person, overcrowding made the job measurably more difficult for staff.

“Friday’s meeting was productive and I told the representatives they have my support and understanding,” Mr Byrne said.

“Prison officers have a unique job. I commend the work they do and appreciate that at times it can be tough.”

Mr Byrne agreed to meet with the delegates again at the end of the month.