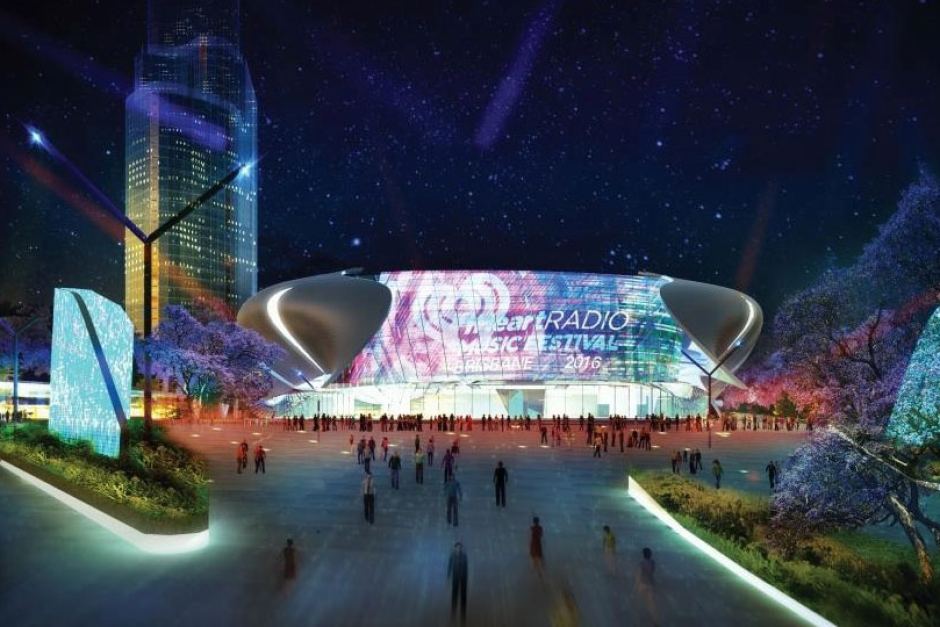 Superannuation funds could be used to help build a $2 billion entertainment arena and parklands in Brisbane's CBD, the project's proponents say.

Brisbane-based company AEG Ogden plans to take a proposal to the Queensland Government on Wednesday to build the Brisbane Live precinct over the Roma Street rail yards.

It includes a 17,000-seat arena, cinemas, restaurants and would be built above a station for the yet to be approved Cross River Rail proposal.

The company had already proposed a stadium at the Parmalat Milk factory site at South Brisbane if the State Government secured the land.

"The opportunity for an arena to activate a major precinct - in our view - makes a lot more sense were it to be on the Roma Street site, as the catalyst for government to then proceed in delivering in total a 23-hectare development," he said.

Mr Lister said the State Government should set up a social infrastructure fund to attract funding from superannuation funds.

"We already operate the major facilities for the state — Brisbane Convention and Exhibition Centre, Suncorp Stadium and the Brisbane Entertainment Centre," he said.

"With us being able to effectively guarantee what the results are going to be from a major indoor arena, that takes out a significant barrier to investment."

Deputy Premier Jackie Trad said in a statement the Brisbane Live proposal was an exciting idea that could reshape the city.

"It is a great example of the kind of transformational infrastructure that will be possible by delivering Cross River Rail," she said.

"Cross River Rail will also unlock opportunities to transform other sites of Brisbane as well, including Bowen Hills and Woolloongabba."